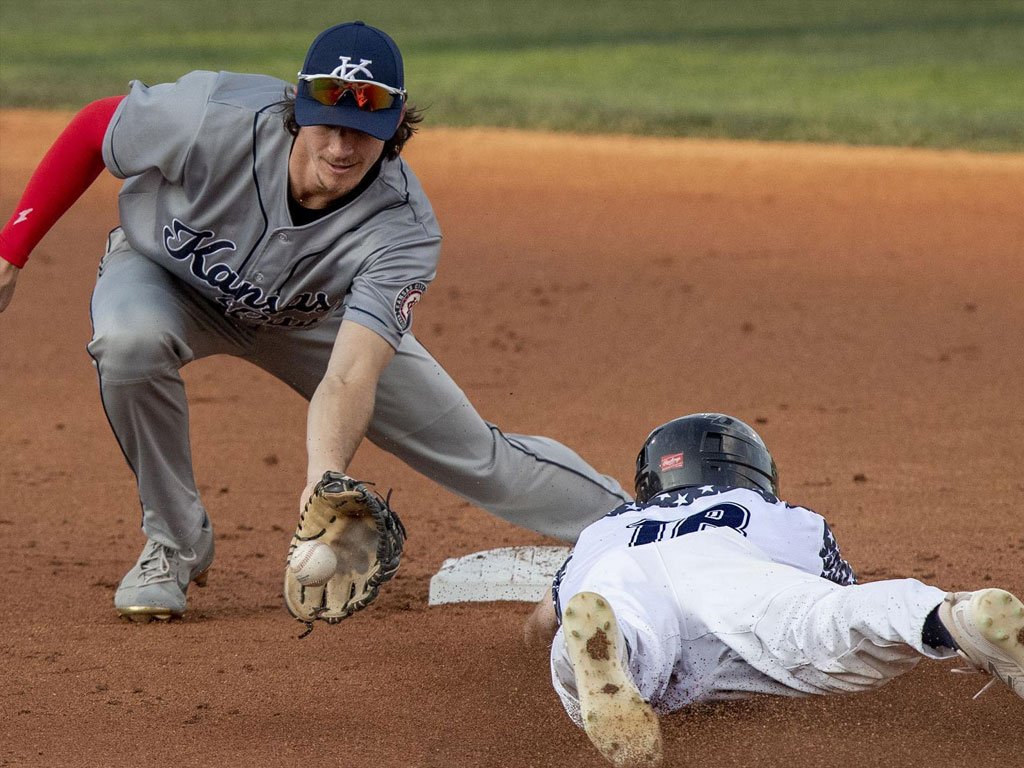 The offense for both clubs did not waste any time getting the bats hot as the Monarchs and Saltdogs put up multiple runs on the board early.

The entire lineup for the Monarchs got an at bat in the first inning. Out of the nine that came up to the plate, six got on base. Ryan Grotjohn got things started with a single, as Jan Hernandez would double immediately after, putting runners at second and third. Gabby Guerrero stepped up to the plate and launched a big three-run home run, his ninth of the season, to put the Monarchs up 3-0.

RHP Nick Travieso (4-4) got the start on the mound for the Monarchs. Despite his recent success on the bump his last few starts, he struggled, giving up runs early on. In the bottom half of the first, after walking a batter, Travieso gave up a two-run home run to Josh Altmann of the Saltdogs as they cut into the Monarchs lead, making it a 3-2 contest.

The Saltdogs continued their batting success in the second inning but not the usual way. Three straight bunts by the Saltdogs put runners in scoring position, and then they scored one run off the third bunt to tie the game 3-3.

In the fourth inning, Kevin Santa got started for the Monarchs with a single, followed by a Grotjohn walk that put two on base. Hernandez continued his hot performance, launching a three-run home run of his own for his ninth homer of the season, putting the Monarchs back on top 6-3.

The Saltdogs would not go away by any means. In the fifth inning, Forrestt Allday of the Saltdogs hit a solo shot to cut back into the Monarchs lead. Josh Altmann would go onto double and then would be followed up by a two-run home run from Ryan Long to tie the game 6-6.

Travieso ended his night pitching five innings, giving up eight hits and six runs with one walk along with two strikeouts, but he earned the win.

The back-and-forth game continued in the sixth. Santa started things off with a single, followed by Sweeney’s getting hit by a pitch, putting two on. Sweeney would go on to steal second as runners advanced. A wild pitch by the Saltdogs let Santa come in to score, putting the Monarchs back in the lead 7-6. A Guerrero single drove in Sweeney to make it a 8-6 game.

LHP Elroy Urbina came in to start off the sixth inning, replacing Travieso. He got his job done by only giving up one hit and one walk with one strikeout and no runs allowed in his three innings pitched.

With the Monarchs still leading 8-6 heading into the bottom of the ninth, LHP Carlos Diaz entered the game for the save opportunity. The Saltdogs went three up, three down as Diaz struck out one to seal the win. Diaz earned his sixth save of the season.

The Monarchs secure the win 8-6, taking one of three from the Saltdogs.

After an off-day coming on Monday, the Monarchs will be back home on Tuesday to kick off a three-game series against the Sioux Falls Canaries. First pitch for game one of the series on Tuesday is set for 11:00 a.m. The game can be heard on the Monarchs Broadcast Network with the pre-game beginning at 10:40 a.m. and the video stream airing on aabaseball.tv.

MONARCHS WALKED OFF WITH A WALK