CALFAPIETRA NAMED MANAGER OF THE YEAR 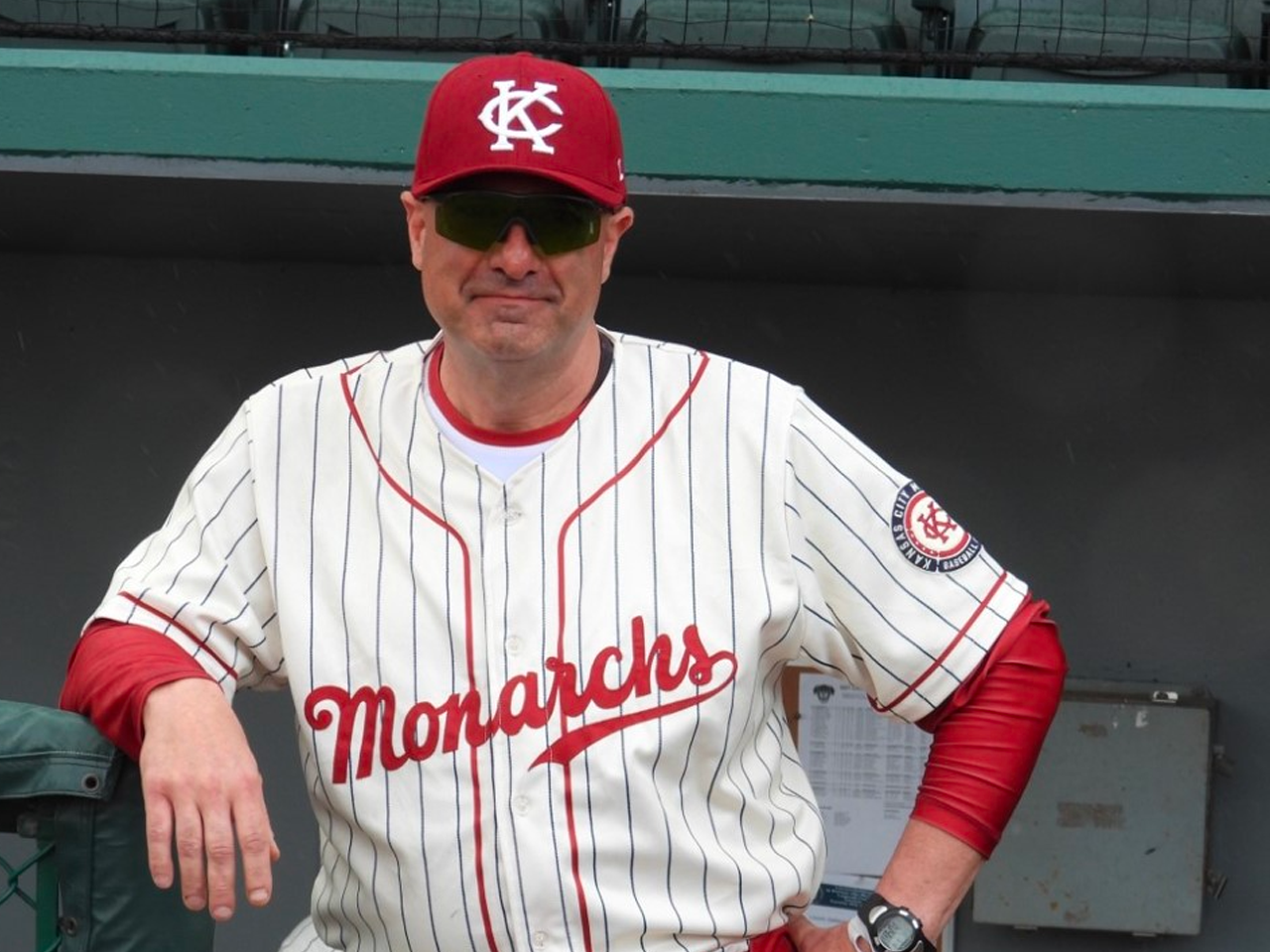 KANSAS CITY, Kan.—The Kansas City Monarchs set a franchise record for wins in 2021 and clinched the #1 seed in the American Association playoffs with Joe Calfapietra as the club’s manager. Thursday afternoon the American Association named the Pennsylvania native the 2021 Manager of the Year. Calfapietra (pronounced Cal-fa-pee-eh-tra), claims the award for the second time since taking over the Kansas City franchise’s “top step” in 2017 after winning the award following the 2018 championship season.

“It’s always nice to get acknowledged by your peers for the work you’ve done, but this award is truly because of the hard work and determination of our players, coaching staff and athletic trainer on a daily basis,” said Calfapietra.  “I’m so fortunate to have great people around me not only on the field but also in the front office and ownership. This is truly a team award that I am so happy to share with my organization for all the accomplishments we have achieved to this point in our 2021 campaign,” Calfapietra continued.

Calfapietra has instilled a philosophy of building his teams through helping his players seek positions back in affiliated baseball. That philosophy has led to 21 players having their contracts transferred off the roster, including 10 since opening day and four members of the starting rotation from June 5th to 17th. Despite the numbers, the Monarchs still have a league high in players transferred and also a league high in wins.

“We are so proud of what Joe has accomplished. Our entire organization shares in this excitement. Joe’s passion and leadership is part of what makes the Monarchs special in Kansas City,” said Monarchs Owner Mark Brandmeyer.

Calfapietra was named the sixth manager in the club’s history on November 30, 2016.  Calfapietra is in 21st season as a manager, all at the independent level. The 2021 team set a franchise record for wins at 69 and for games above .500 at 38, also a franchise high. The Monarchs won their second straight American Association Southern Division regular season title, clinching in a win over Kane County on August 26th.

The 2019 season was a memorable one for the Pennsylvania native. He guided the club to another winning record of 58-42, the third straight winning record and above .500 finish for KC. He added a Southern Division title, something the franchise had not achieved in the American Association. That moved the team into the postseason for the second straight season, and he would reach his milestone 1000th win on July 29th in game one of a double header at St. Paul. He joined the 1,000-game winner fraternity that includes St. Paul Manager George Tsamis, former Fargo boss Doug Simunic, current Gary Manager Greg Tagert, and third-year Chicago Dogs Manager Butch Hobson.

Calfapietra added, “I would also like to thank my family for the sacrifices they have to make, being without their father and husband during the season is never easy.”

Prior to his arrival in Kansas City, Calfapietra spent 14 seasons as the manager of the New Jersey Jackals of the Can-Am League. While in New Jersey, only four of those 14 teams did not reach the postseason. The Jackals won the league championship in 2004, at the end of Calfapietra’s second season in New Jersey, and then his teams reached the league championship series in five consecutive seasons, 2011-15.

The Monarchs will start postseason play at Legends Field on Friday September 10, facing the Sioux City Explorers. The first pitch Friday is at 7:00 p.m., and the game can be heard on the Monarchs Broadcast Network with the pre-game beginning 30-minutes prior to first pitch and the video stream airing on aabaseball.tv.

Postseason tickets can be purchased by calling (913) 328-5618 or by visiting monarchsbaseball.com/tickets. For additional media requests, media members may contact the Monarchs Media Relations Department at (817) 739-3693. Stay tuned to MonarchsBaseball.com and the Monarchs social media pages for updates throughout the season