IN THE MIDNIGHT HOUR MONARCHS WRAP UP WIN OVER SIOUX CITY

KANSAS CITY, Kan. –  After an almost two-hour rain delay, the first place in the American Association South Division Kansas City Monarchs (29-18) played into the next day securing another win over the Sioux City Explorers (28-20) by an 8-3 score.

Kansas City went wild in the bottom of the second, loading up the bases, courtesy of three-straight walks by Adcock. With Casey Gillaspie, Charcer Burks, and Nick Franklin on base and two outs on the board, Morgan McCullough walked and scored Gillaspie to get the offense started. Darnell Sweeny then hit a single to center, scoring Burks and Franklin. McCullough was waiting on second when Ryan Grotjohn rolled it deep for a triple to center.  McCullough and Sweeney came home, putting the Monarchs ahead 5-0 at the bottom of the second.

The Monarchs stepped up on defense in the top of the fourth when the Explorers had bases loaded. Kansas City came out unscathed after a smooth double play by Franklin and McCullough.

The Monarchs added to their lead in the bottom of the fifth. Gabby Guerrero singled to centerfield and Charcer Burks followed with a single to right. Nick Franklin hit to left, loading up the bases. Morgan McCullough walked and Sweeney was hit by a pitch, which brought home Guerrero and Burks, putting the Monarchs up 8-0.

The Explorers awakened in the sixth inning, as Gabby Guerrero missed a potential out right by the T-Mobile Home Run Hill, allowing a two-run home run by Tiberi. After another dropped double by Guerrero, Monge hit another double and scored Zawada, cutting into the Monarchs’ lead 8-3.

Brian Ellington relieved Elroy Urbina in the top of the seventh. Urbina pitched for one inning, notching three hits, three runs, two errors, no walks, and two strikeouts. Ellington pitched for two innings, with one hit, one walk, and six strikeouts. 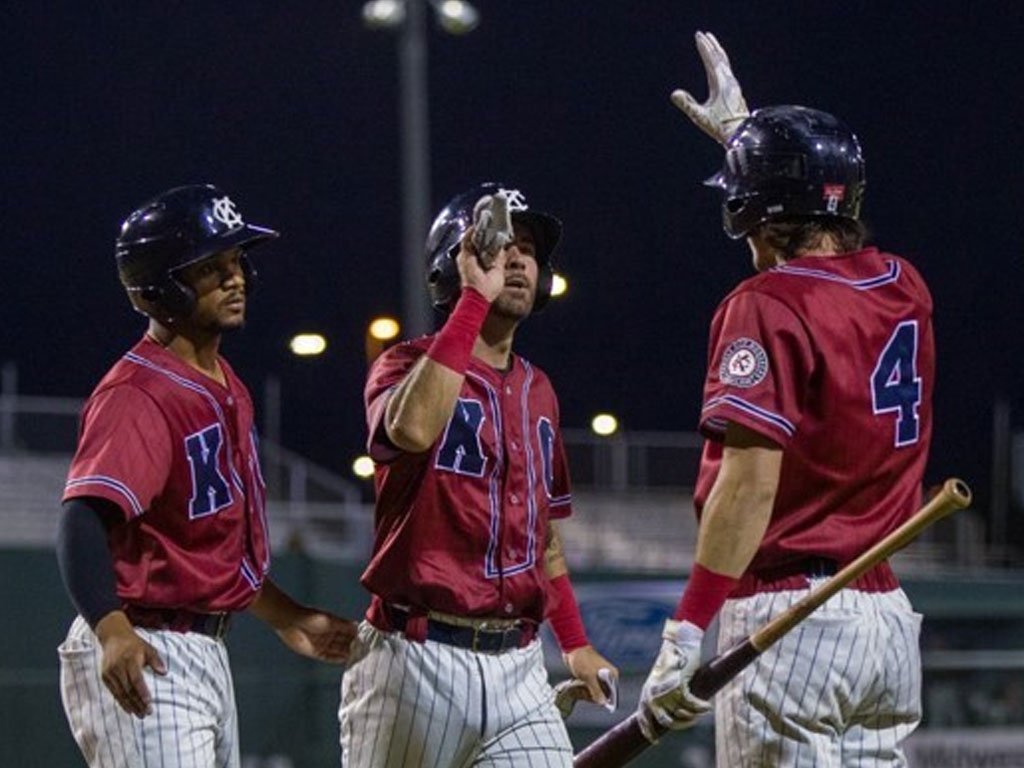 Carlos Diaz closed the game out for the Monarchs, pitching for one inning, with one hit, and two walks. The Monarchs finished the game just past midnight and will meet the Sioux City Explorers again at 1:00 p.m. on Sunday.

First pitch on Sunday is slated for 1:05 p.m. The game can be heard on the Monarchs Broadcast Network with the pre-game beginning at 12:35 p.m. and the video stream airing on aabaseball.tv.