KANSAS CITY MONARCHS START ROAD TRIP OFF WITH A WIN 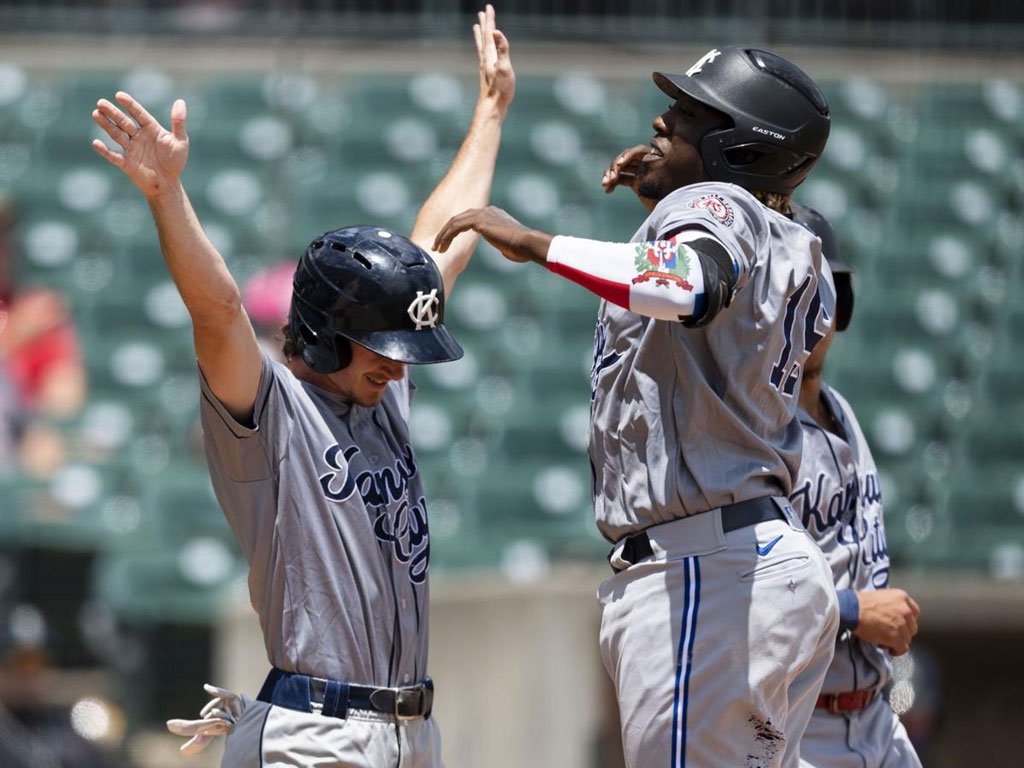 The Monarchs started off hot with a double by Darnell Sweeney, followed by a Ryan Grotjohn RBI single. The fun didn’t stop there as Jan Hernandez singled, advancing Grotjohn to third. Gaby Guerrero stepped up to the plate and got Grotjohn home when he bounced into a six-four-three double play.

With winning pitcher Jameson McGrane (3-1) on the mound, Lincoln responded quickly with a leadoff home run by Justin Byrd, making the score after the first inning 2-1.

Kansas City kicked things up a notch in the top of the second, beginning with a walk by Will Kengor with two outs already on the board. Alexis Olmeda and Darnell Sweeney were also walked, loading up the bases. Grotjohn hit a single and cracked things open, scoring Kengor. Hernandez followed with a double, scoring Sweeney, Grotjohn, and Olmeda. Then, after a wild pitch, Hernandez advanced to third. Guerrero walked, then Casey Gillaspie hit a triple, scoring Hernandez and Guerrero, putting the Monarchs up earl and convincingly, 8-1.

The Saltdogs could only muster up one run in the bottom of the second. KC stayed quiet in the top of the third, and Lincoln put another run on the board in an attempt to catch up to the Monarchs 8-3 on a sacrifice fly.

At the top of the fourth, the Monarchs continued to dominate, beginning with a single by Grotjohn. Guerrero and Gillaspie then both hit singles, scoring Grotjohn to make it 9-3 in favor of KC.

Ryan Newell came in for McGrane after two runners got on base for the Saltdogs in the bottom of the sixth. Newell gave up a broken-bat single by Yanio Perez, scoring Lincoln’s Curt Smith and chipping away at the Kansas City lead 9-4.

Charcer Burks hit his first home run in the top of the seventh to increase the lead to 10-3. Lincoln’s Curt Smith then launched a homer, scoring him and David Vidal, leaving the Saltdogs trailing by four, 10-6, in the bottom of the seventh.

Dalbert Siri stepped in for Ryan Newell for an inning of scoreless relief before Carlos Diaz came in to close out the game. The Monarchs left the field winners with a final score of 10-6.

The Kansas City Monarchs will continue their series against the Lincoln Saltdogs tomorrow night, with the first pitch set for 7:05 p.m. The game can be heard on the Monarchs Broadcast Network with the pre-game beginning at 6:35 p.m. and the video stream airing on aabaseball.tv.

MONARCHS START SLOW NOT ENOUGH TO SWEEP THE SERIES