KANSAS CITY, Kan. — In the series finale against Chicago (40-29), the Monarchs (45-22) won 2-1 in a pitcher’s duel. Starter and right-hander Jake Matthys earned a quality start in his Sunday performance.

Chicago scored their lone run in the second inning. The Dogs started things off with a trio of singles. With Ryan Haug and Harrison Smith on first and second, Cosimo Cannella singled, driving in Haug to put the Dogs up 1-0. 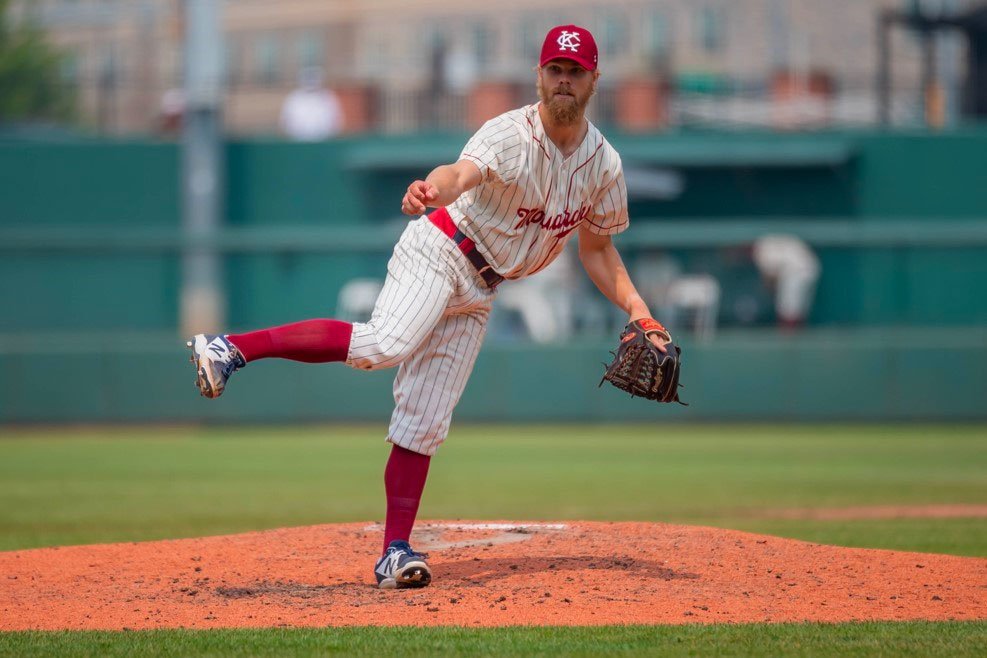 After giving up his lone run in the second, Matthys found his stride through the rest of his outing, giving him a quality start. In six innings pitched, he gave up nine hits, one earned run, two walks, and struck out three.

The Dog’s starter, Shane Barringer forced the Monarchs offense to struggle throughout his performance. Through his six innings, Kansas City recorded five hits and struck out six times. 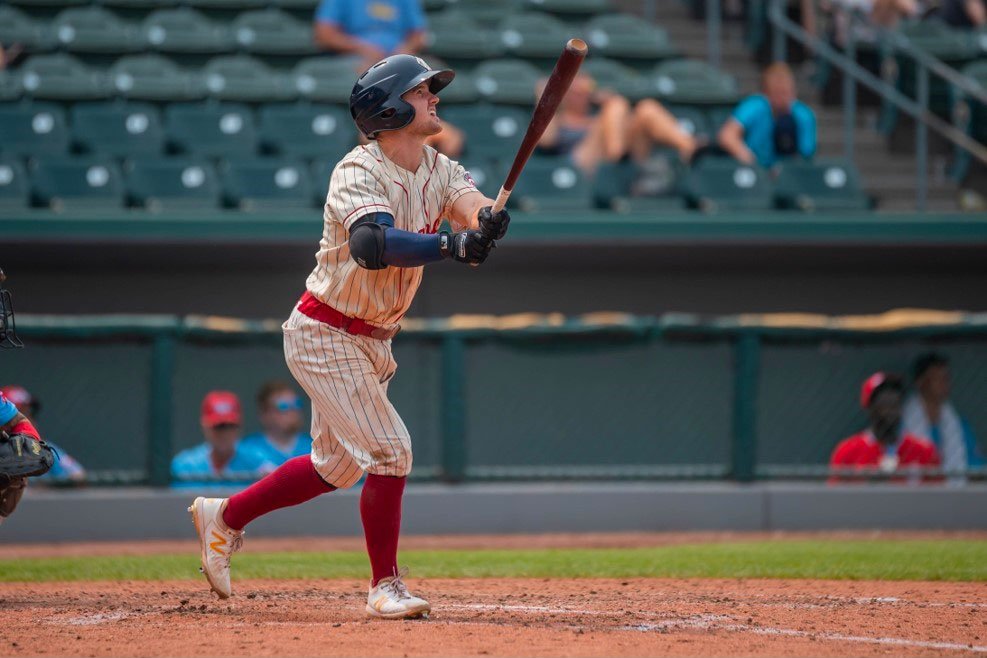 Photo credit John Ellis Kanas City Monarchs – August 1, 2021 Morgan McCullough drives a triple to right center to give the Monarchs the lead over the Chicago Dogs.

In the seventh inning, Kansas City finally got on the board. With runners at first and second for Morgan McCullough, he hit a triple into right-center field, driving in both runners and giving the Monarchs a 2-1 lead. McCullough went two-for-four with two RBIs in his performance and now boasts a 12-game hitting streak.

With a 2-1 win against the Chicago Dog’s, the Monarchs have now won nine in a row.

The Monarchs will now head on the road for a three-game series against the Fargo-Moorhead RedHawks, beginning on Monday night. First pitch is set for 7:02 p.m. The game can be heard on the Monarchs Broadcast Network with the pre-game beginning at 6:32 p.m. and the video stream airing on aabaseball.tv.

MCCULLOUGH NAMED AA BATTER OF THE WEEK
Scroll to top