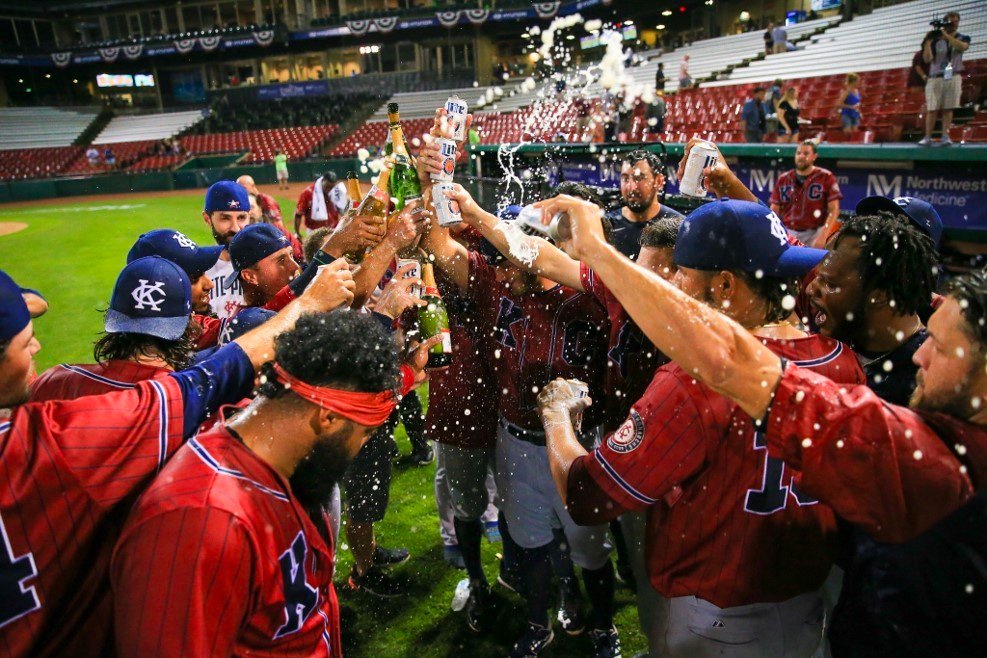 GENEVA, IL – The Kansas City Monarchs (60-30) defeat the Kane County Cougars (41-48) for their second consecutive division title. It was the clubs third regular season division title since coming to Kanas City in 2003.

The Monarchs were on the board within the first 10 minutes of the game with RBIs from Darnell Sweeney and Gaby Guerrero on pair of fielder’s choice ground balls in the infield.

Kane County responded quickly in the bottom of the first with a solo home run from Nick Conti, to make the score 2-1 going into the second inning. That would be the last run the Cougars would get in the game.

In the top the fifth, Charcer Burks reached first base on an error at second, and Morgan McCullough added to the totals with a single of his own. Ryan Grotjohn then rocketed a ball out of the stadium in right field for a three-run home run, cushioning the Monarchs lead at 5-1.

Guerrero also scored in the seventh inning, on an RBI double from Casey Gillaspie, extending the lead to 8-1.

In the top of the eighth, McCullough would double and Grotjohn would draw a walk to put runners on first and second. Sweeney drove in another pair of runs on a double to right center, bringing the score to 10-1. Ibandel Isabel hit a solo home run in the ninth, bringing the final score to 11-1. It was the Monarchs 41st multi home run game on the season. 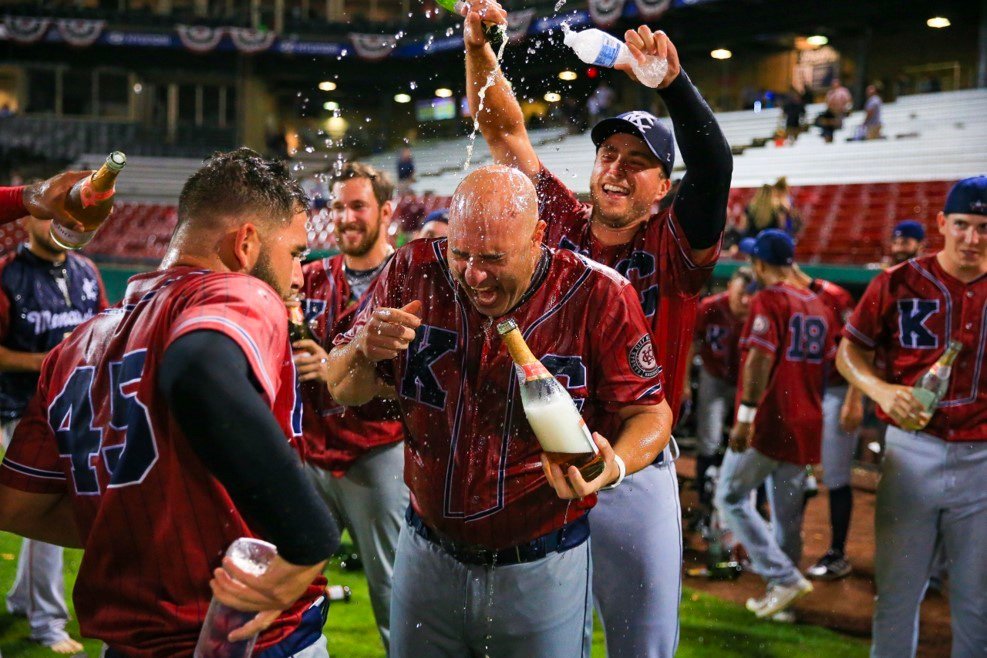 The Monarchs are post season bound for the third straight season under manager Joe Calfapietra. The Monarchs “skipper” is the first manager to finish with four consecutive seasons above .500 in franchise history.

The Monarchs are back at Legends Field Friday for the final homestand of the regular season against the Houston Apollos. The first pitch is set for 7:00 p.m. with the gates opening at 6:00 p.m. The games can be heard on the Monarchs Broadcast Network with the pre-game beginning at 6:30 p.m. and the video stream airing on aabaseball.tv.