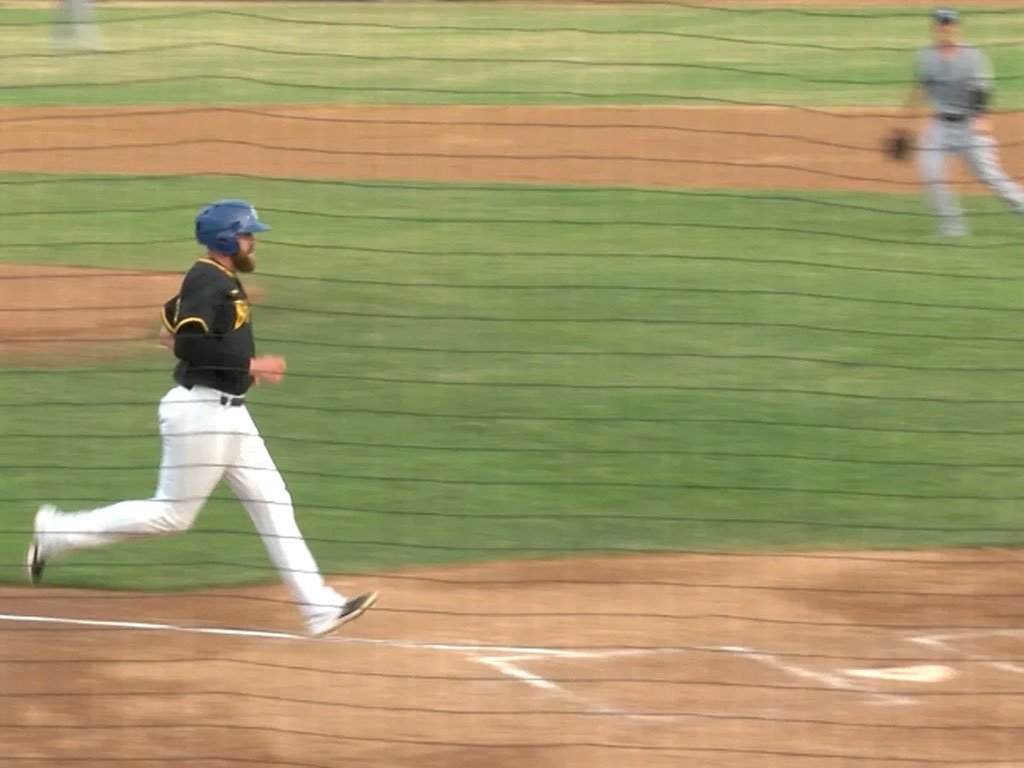 SIOUX FALLS, S.D. — After taking the first three games against the Sioux Falls Canaries (19-26), the Monarchs were stifled by the Canaries’ pitching and fell 5-1. The loss snaps a five-game winning streak for Kansas City (27-18).

Looking to bounce back from lackluster start in his previous outing, Nick Travieso took the ball with the hopes of completing another sweep for the Monarchs this season. For the first two innings, the right-hander cruised on a low pitch count.

Travieso, however, ran into trouble in the third. The Canaries tagged him for two runs on a pair of RBI singles. In the next inning, Shamoy Christopher poked a third RBI-single to make it 3-0 Sioux Falls.

Kansas City, who came into the night second in the league in runs, struggled to put together any offense. It wasn’t until the top of the seventh that the Monarchs broke through. With two men on, Morgan McCullough poked an RBI-single to trim the deficit to two. However, that’s all the offense could muster.

After moving into striking distance, the Canaries came back with two more in the bottom of the seventh off Kansas City left-hander Jacob Lindgren. In the ninth, the Monarchs went down quietly without much of a rally.

The Monarchs head home for a nine-game homestand, which begins on Friday night against the Sioux City Explorers. First pitch on Friday is slated for 7:00 p.m. The game can be heard on the Monarchs Broadcast Network with the pre-game beginning at 6:35 p.m. and the video stream airing on aabaseball.tv.