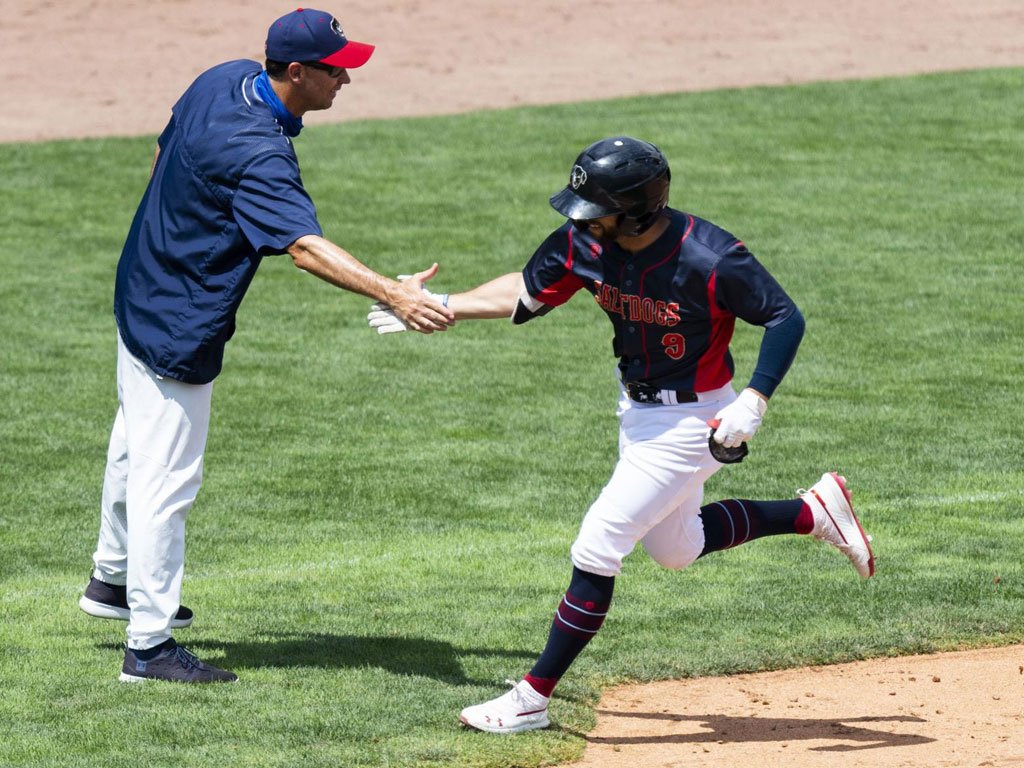 LINCOLN, Neb. — An early lead for the Monarchs was not enough as the Saltdogs took advantage in a 5-2 win on Wednesday night. The Monarchs were held to six hits and struck out ten times in the contest.

Kansas City (35-20) got on the board first with a solo home run from Ryan Grotjohn in the third inning, putting the Monarchs up 1-0. Lincoln (29-28) would come right back in the bottom half of the inning to tie the game 1-1 with an RBI single from Ryan Long.

In the fourth inning, the Monarchs kept things moving as Gabby Guerrero reached first on an error by the Saltdogs, which set Casey Gillaspie up for an RBI double, driving in Guerrero and putting Kansas City back up 2-1.

Lincoln then took advantage in the fifth inning: With runners on second and third for the Saltdogs, Justin Byrd knocked in a run with a sacrifice fly to tie the game 2-2. Directly after, Ryan Long continued his hot night with a two-run home run that put Lincoln up 4-2.

Right-hander Justin Shafer started on the mound for the Monarchs. He went five innings, giving up seven hits, four earned runs, and two walks while striking out three in his performance.

In the sixth inning, the Saltdogs loaded the bases and drove in another run in the bottom half, making their lead 5-2.

Kansas City could not get much offense going in the final three frames as the Saltdogs controlled the game and earned the win 5-2.

Kansas City will face Lincoln for the third game of this road series on Thursday night, and they will try to earn the series win as it is currently tied. First pitch is set for 7:05 p.m. The game can be heard on the Monarchs Broadcast Network with the pre-game beginning at 6:35 p.m. and the video stream airing on aabaseball.tv.

KANSAS CITY MONARCHS START ROAD TRIP OFF WITH A WIN