MONARCHS FIGHT OFF REDHAWKS IN THRILLER 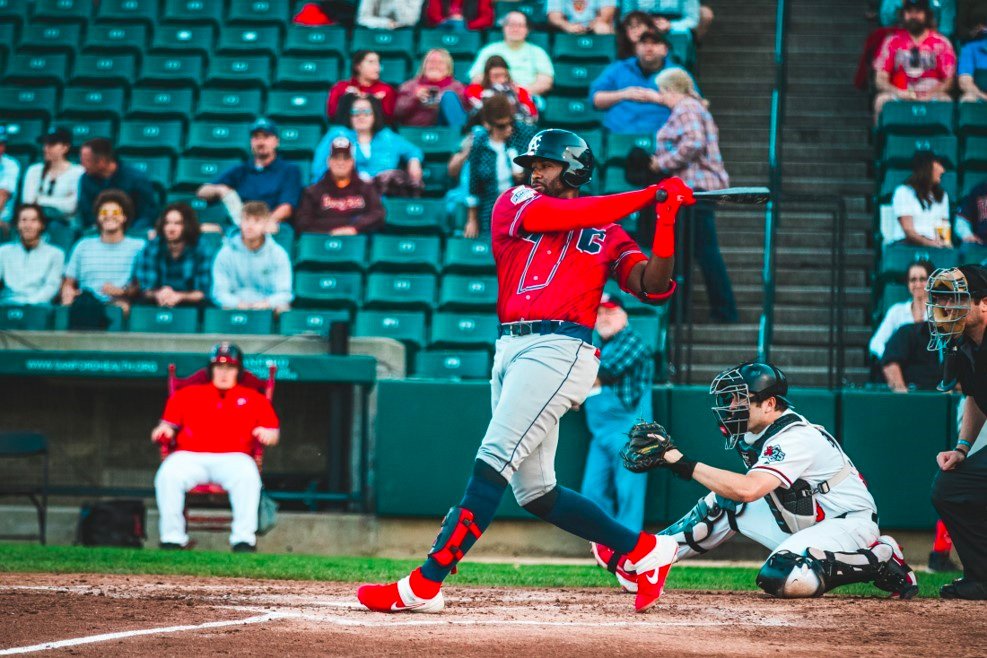 FARGO, N.D. – The Kansas City Monarchs scored seven runs over the first two innings to hold off the Fargo-Moorhead RedHawks 7-5 to take a 2-0 lead in the best-of-five game series in the American Association Finals Saturday night.

The Monarchs came out firing in the top of the first, beginning with back-to-back singles by Morgan McCullough and Ryan Grotjohn off of RedHawks starter Bret Helton. Darnell Sweeney walked, then Gaby Guerrero hit a two-RBI single, sending McCullough and Grotjohn home. Casey Gillaspie walked, filling up the bases yet again, setting up Ibandel Isabel to hit a two-RBI single. Colin Willis followed with an RBI single to score Gillaspie, and Alexis Olmeda also hit an RBI single to score Isabel, towering over the RedHawks early, 6-0.

Kansas City kept Fargo-Moorhead quiet in the bottom of the first, then struck again in the top of the second with an RBI single by Ibandel Isabel to score Darnell Sweeney.

In the top of the second, the RedHawks’ Sam Dexter cranked a two-run homer, and a sac fly by Correlle Prime scored Alex Boxwell, making the score 7-3 off Monarch’s starter Justin Shafer. Shafer would leave the game after three innings after meeting with Athletic Trainer Jared Bashaw on the mound. The Monarchs turned to Carson LaRue who retired seven straight into the sixth inning.

In the bottom of the sixth, Fargo scored two more runs after a solo home run by John Silviano off of LaRue.  The RedHawks then got back-to-back singles from Dexter and Alex Boxwell to put runners at the corners. Carlos Diaz came into the game and surrendered an RBI double to Nick Novak, inching up the score to 7-5 and making the rest of the game a defensive pitching nail biter. Diaz would then strike out Prime then issue a walk to Manuel Boscan to load the bases. Diaz then struck out Jordan George to preserve the Monarchs lead.

Diaz would work a 1-2-3 seventh inning for Kansas City. The lefty would give the ball to righty Jeremey Rhodes who would also hold Fargo-Moorhead scoreless in the eighth. Jameson McGrane came in the game in the ninth inning to work a three up and three down inning to pick up the save and send the Monarchs home with a 2-0 lead in the series. The Monarchs are one win away from claiming the American Association Championship. 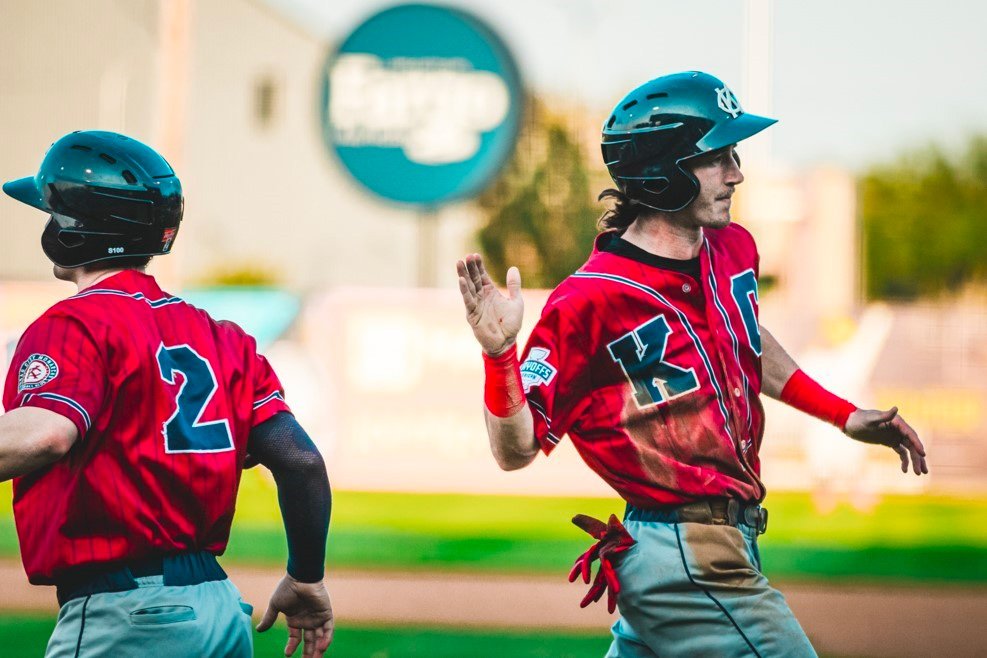 The Monarchs have won all five post season games they have played and are riding a nine game winning streak that dates back to the last series of the regular season.

The series now shifts to Legends Field in Kansas City for game three of the Championship series Monday night at 7:05 p.m. The game can be heard on the Monarchs Broadcast Network  with the pregame beginning at 6:35 p.m. and the video stream airing on aabaseball.tv. The Monarchs are set to host games four and five (if necessary) September 21 and 22.