MONARCHS HOLD ON IN CLEBURNE 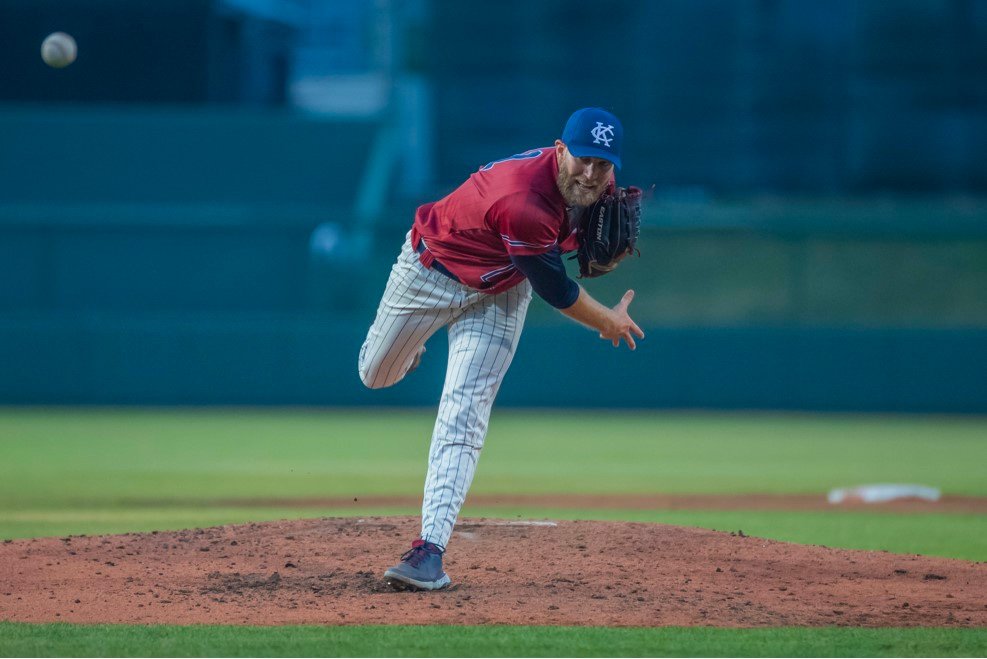 Kansas City got on the board early with a second-inning sacrifice fly by Charcer Burks to send Ibandel Isabel home from third to give starter Justin Shafer a lead.

Shafer threw three innings of one hit, one run ball before the Monarchs turned a tied ball game over to Carson LaRue, who would surrender two runs on two hits in three innings.

Isabel had a two-run home run in the fourth to put the Monarchs back in the lead for good. He became the eighth Monarch to hit at least 10 home runs this season.

The Monarchs added another in the sixth when Colin Willis slapped an RBI single to score Gaby Guerrero.

Cleburne got a pair back to make it a one-run game in their half of that inning on a D.J. Peterson two-run shot off LaRue to make the Monarchs sweat; however, they wouldn’t sweat for long. Guerrero hit a single that sent home Morgan McCullough from third and Ryan Grotjohn from second in the seventh to erase the Peterson homer and bring the Monarch lead back to three.

The Railroaders gave Carlos Diaz a little trouble in their half of that inning with runners on first and second, but Diaz finally got Lago to fly out on a 10-pitch at bat.

Kansas City turned to Jameson McGrane out of the bullpen to close out the win and record the save against the heart of the Cleburne order.

The Monarchs have no more regular-season home games, but as the South Division Champions, they will host games in the postseason. The remaining road games can be heard on the Monarchs Broadcast Network with the pre-game beginning 30-minutes prior to first pitch and the video stream airing on aabaseball.tv. The teams will play game three of the series tomorrow at 6:05 p.m.

Post season tickets can be purchased by calling (913) 328-5618 or by visiting monarchsbaseball.com/tickets. For additional media requests, media members may contact the Monarchs’ Media Relations Department at (817) 739-3693. Stay tuned to MonarchsBaseball.com and the Monarchs social media pages for updates throughout the season.

KANSAS CITY SPOILS THE PARTY IN CLEBURNE
Scroll to top