MONARCHS MILK ALL NINE INNINGS FOR WIN OVER MILWAUKEE

KANSAS CITY, Kan. –The Southern Division-leading Kansas City Monarchs (58-28) won game number two of the three game series 5-4 against Milwaukee Milkmen (51-34) in front of a crowd of over 4,200 on KU fan night. 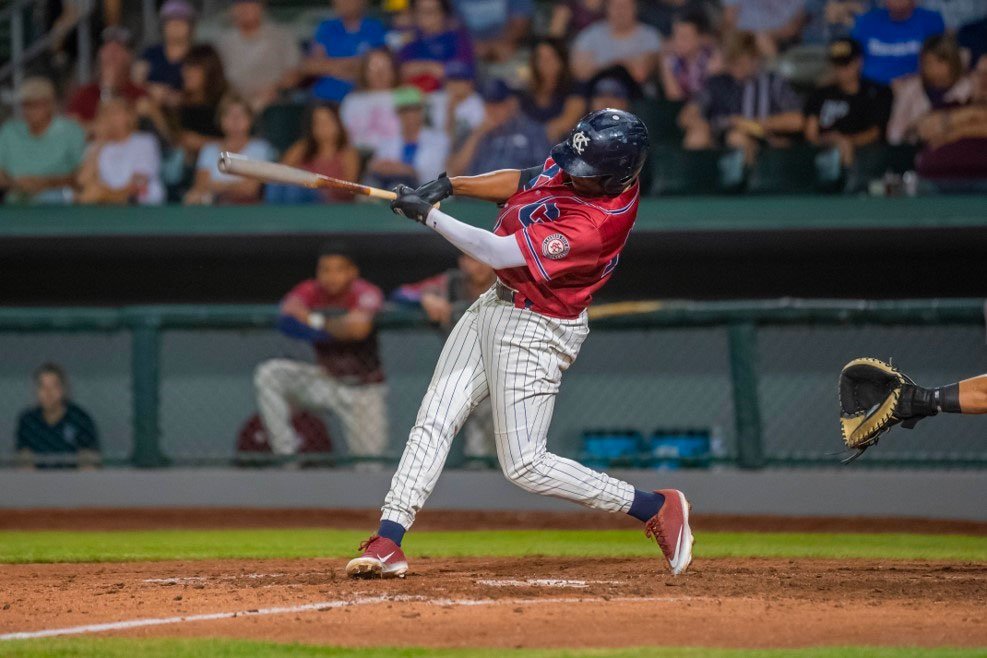 Kansas City’s Ibandel Isabel got the runs rolling early in the second inning with a two-run home run deep to left field, starting the evening with the lead, 2-0. RHP Keyvius Sampson kept the Milkmen off the bases through the first two innings, facing six batters with two strikeouts.

The Monarchs struck back offensively as Will Kengor and Daniel Wasinger both walked, later scoring off a Charcer Burks fly to right field that Milwaukee outfielder Mikey Reynolds dropped for a two-base error, taking back the lead, 4-3.

Christian Correa made sure Kansas City didn’t keep the lead at the top of the sixth with a home run just staying fair down the left field line, tying the game at 4-4.

The seventh inning was a quiet one as Milwaukee’s RHP Kyle Boyer shut out the Monarchs with three straight strikeouts, but in the eighth, Darnell Sweeney’s swinging paid off as he launched a ball out to right field on the home run hill, giving the Monarchs the winning run, ending with a 5-4 win.

Jameson McGrane picked up his 4th save working the ninth while Jeremy Rhodes notched the relief win for Kansas City.

The Kansas City Monarchs will look to clinch the series against the Milwaukee Milkmen tomorrow afternoon at 1:00 p.m. at Legends Field. The game can be heard on the Monarchs Broadcast Network with the pre-game beginning at 12:30 p.m. and the video stream airing on aabaseball.tv.