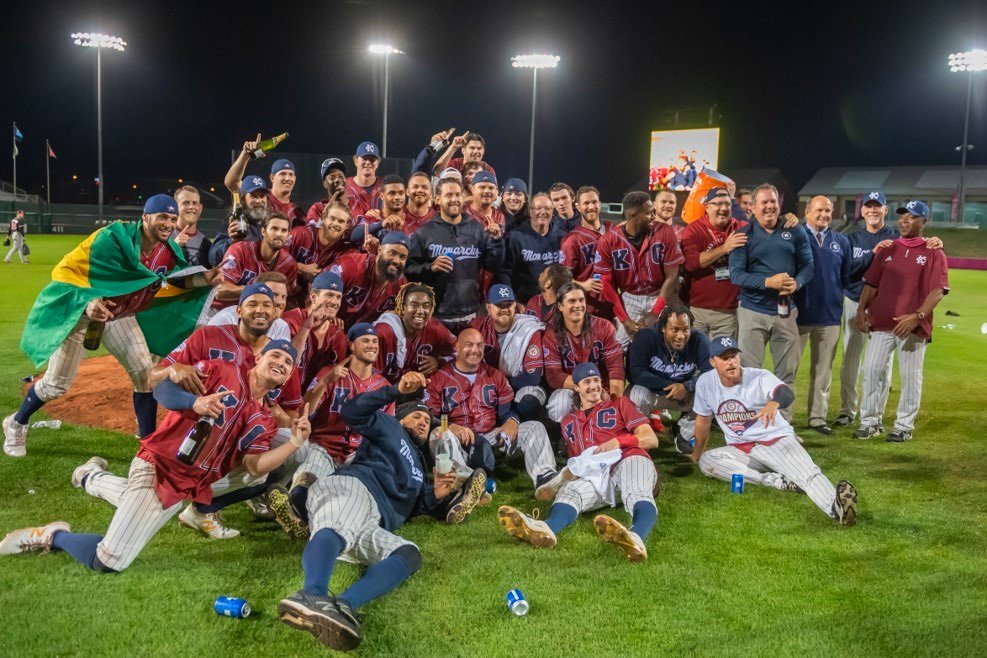 Kansas City, Kan.  For the first time since 1957, the Kansas City Monarchs finished their season with a league title defeating the Fargo-Moorhead RedHawks 8-1 on Monday night. It is the Monarchs second American Association League title and first since 2018.

Thanks to an excellent start from Keyvius Sampson, Kansas City (69-31, 6-0) didn’t feel pressure for most of the game. The 30-year-old sat down the first 12 RedHawks hitters and provided his offense with a chance to put the game away early.

In the bottom of the third, the bats broke through off Fargo-Moorhead (61-38, 4-5) starter Matt Thomshaw. With the bases loaded and two outs, Gaby Guerrero poked a double just inside the right field line to open up a 3-0 lead.

Sampson was charged with an unearned run in the fourth, but managed to work five innings of one-run ball and qualify for the win. 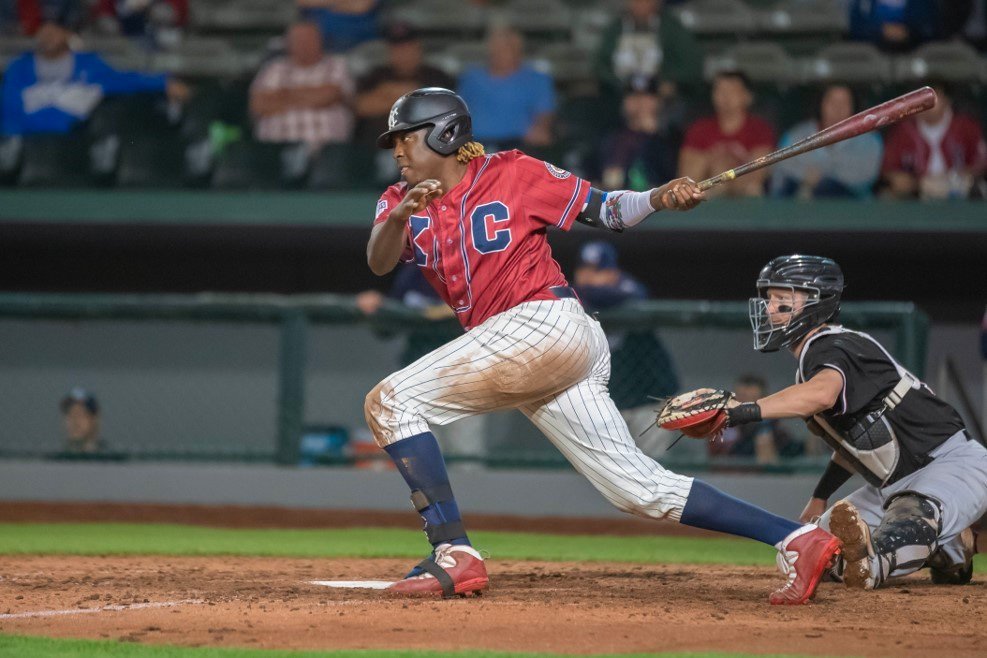 Guerrero came through again in the bottom of the fifth with an RBI-single, and Darnell Sweeney scampered home on a wild pitch to make it 5-1. Guerrero, who was named the American Association Finals MVP, finished with 13 RBI in the postseason.

The game was put out of reach in the sixth when Morgan McCullough ripped a double to left-center — scoring two more runs and extending the lead to 7-1.

After Sampson exited, Carlos Diaz, Dalbert Siri, Jeremy Rhoades, and Jameson McGrane combined to shut the door and put the 2021 Kansas City Monarchs back in the history books.

Season tickets to the 2022 Monarchs games can be purchased by calling 913-328-5618 or by visiting monarchsbaseball.com. For additional information or interview requests, members of the media may contact the Monarchs Media Relations Department at (817) 739-3693.

Stay tuned to monarchsbaseball.com. and the Monarchs Facebook and Twitter pages for updates throughout the off season.

MONARCHS FIGHT OFF REDHAWKS IN THRILLER

MONARCH’S MANAGER WILL BE A FAMILIAR FACE
Scroll to top