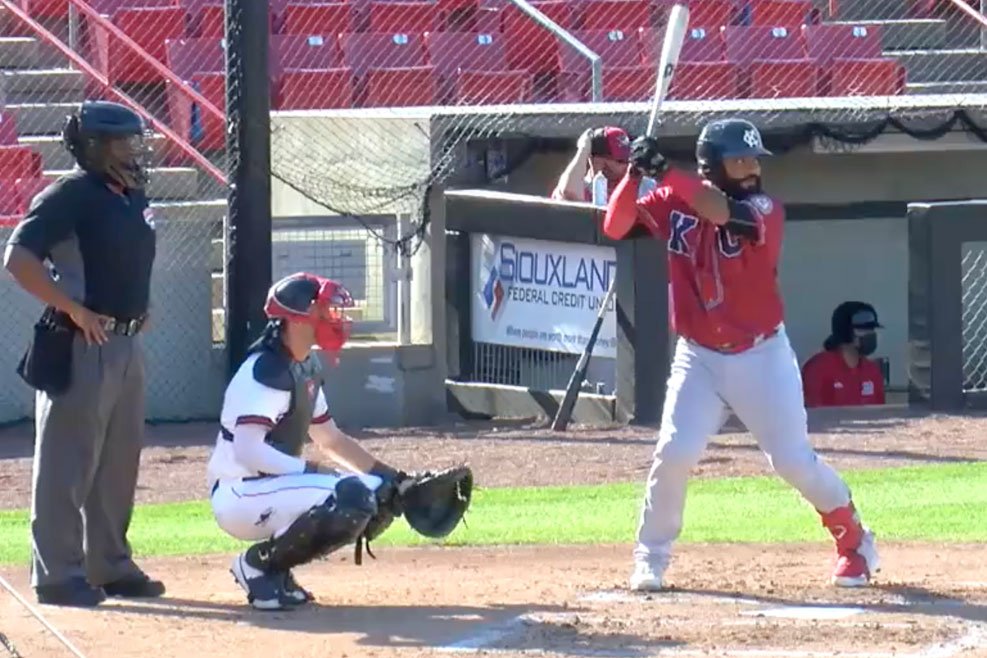 CLUTCH PITCHING, LONG BALL WIN IT FOR THE MONARCHS

Sioux City, IA.- The Kansas City Monarchs (52-24) only needed one swing—and some clutch pitching—to take game one of a double-header against the Sioux City Explorers (39-37), 3-2, in seven innings.

That one swing came from just the fourth batter of the game—a three-run shot from Gabby Guerrero. The right fielder drove in himself as well as Morgan McCullough and Ryan Grotjohn, who both reached on singles, to score the Monarchs three runs.

Starting pitcher Justin Shafer pitched a five-inning gem in which he gave up just two hits, including a solo home run in the second for the Explorers lone run against him. He struck out three and walked five en route to the win.

The Monarchs turned to bullpen arm Jameson McGrane to bring the win home in the sixth, and he promptly walked the first two batters and gave up a single to give the Explorers another run. McGrane preserved the lead by inducing two pop outs and strike out to strand an Explorer at every base.

In the seventh, the winning run reached second with two outs after a double, a walk and a stolen base. McGrane was once again able to blow one by Lane Milligan to seal the win. 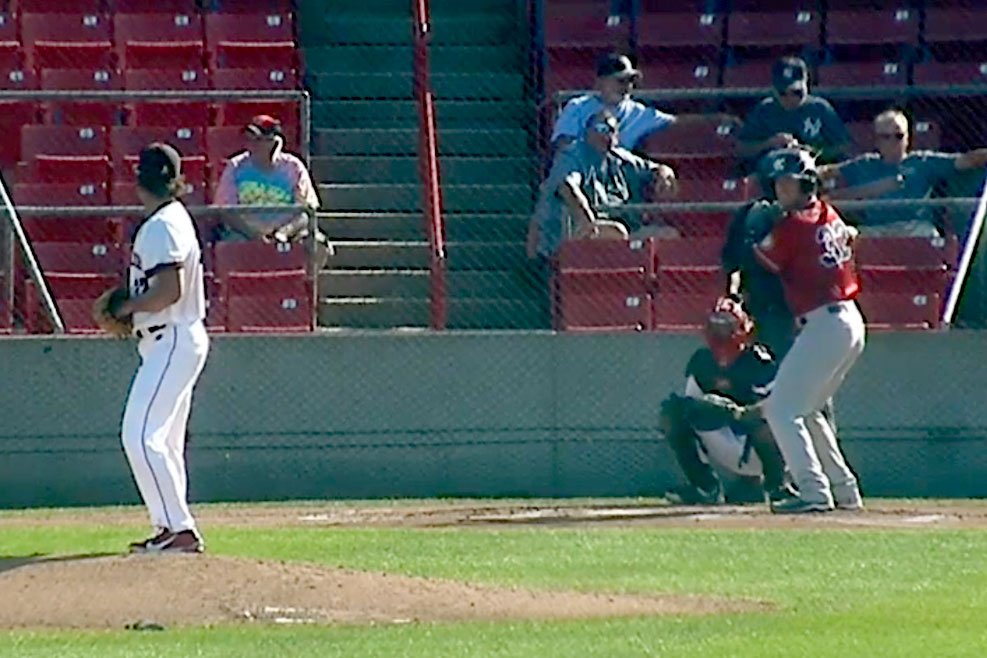 Sioux City, IA.- The Kansas City Monarchs (52-25) fell to the Sioux City Explorers (40-37) in the second game of their doubleheader on the road.

The Explorers got on the board first in the bottom of the second, putting up two runs and taking an early lead, 2-0.

The Monarchs couldn’t muster up an answer in the third but struck in the top of the fourth when Will Kengor hit a single to center, then Morgan McCullough singled to right. Ryan Grotjohn walked to first and loaded the bases. A wild pitch to Darnell Sweeney opened the inning up, scoring Kengor and advancing the base runners. Then, a sac fly by Sweeney scored McCullough to tie up the game 2-2.

Sioux City responded with a run in the bottom of the fourth grabbing two more runs and spreading their lead over the Monarchs 5-2.

The Monarchs couldn’t answer the Explorers as they closed out game two of the double header ahead of the Monarchs, 5-2.

RHP Jake Matthys (7-2) took the loss and was the only pitcher for Kansas City.

The Monarchs will meet the Sioux City Explorers for the finale of their four-game series Thursday night. First pitch is set for 7:00 p.m. The game can be heard on the Monarchs Broadcast Network with the pre-game beginning at 6:30 p.m. and the video stream airing on aabaseball.tv.

Following the game against the Explorers the Monarchs will head to Chicago for a three-game weekend series with the Chicago Dogs. All games can be heard on the Monarchs Broadcast Network with pregame coverage starting 30 minutes prior to first pitch.

For additional information or interview requests, members of the media may contact the Monarchs Media Relations Department at (817) 739-3693. Stay tuned to monarchsbaseball.com. and the Monarchs Facebook and Twitter pages for updates throughout the season.

WILLIS STUNS THE EXPLORERS AS THE MONARCHS WIN 12-3

MONARCHS BATS ON FIRE IN SIOUX CITY
Scroll to top