Kansas City, Kan. – The Kansas City Monarchs (55-28) split their doubleheader against the Sioux City Explorers (43-40), winning the first game and coming up short in the second. 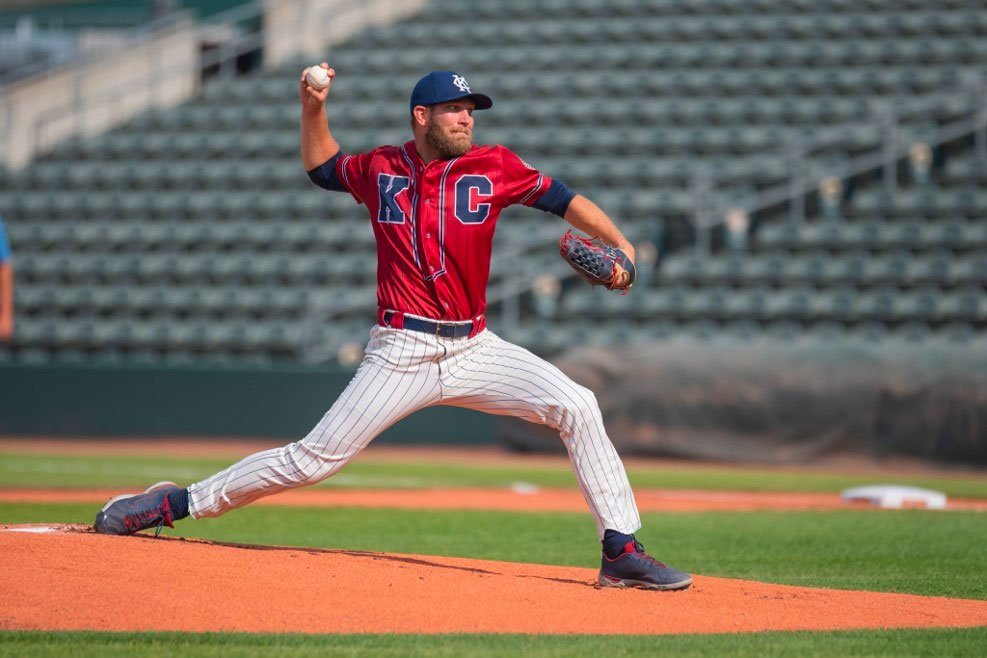 In game one, the Monarchs started swinging early on with RBI singles from Gabby Guerrero and Ibandel Isabel in the first inning, to take an early 2-0 lead.

The Explorers responded right away with a home run from Lane Milligan, cutting the Monarchs lead by one.

Sioux City saw the bases loaded in the top of the third with two singles from George Callil and L.T Tolbert and two walks of Jose Sermo and Seamus Curran. Monarchs RHP Justin Shafer escaped the inning with only one RBI, tying up the game.

Casey Gillaspie launched a ball out to left field for a two-run home run, building the lead back up for Kansas City at 4-2 in the third. 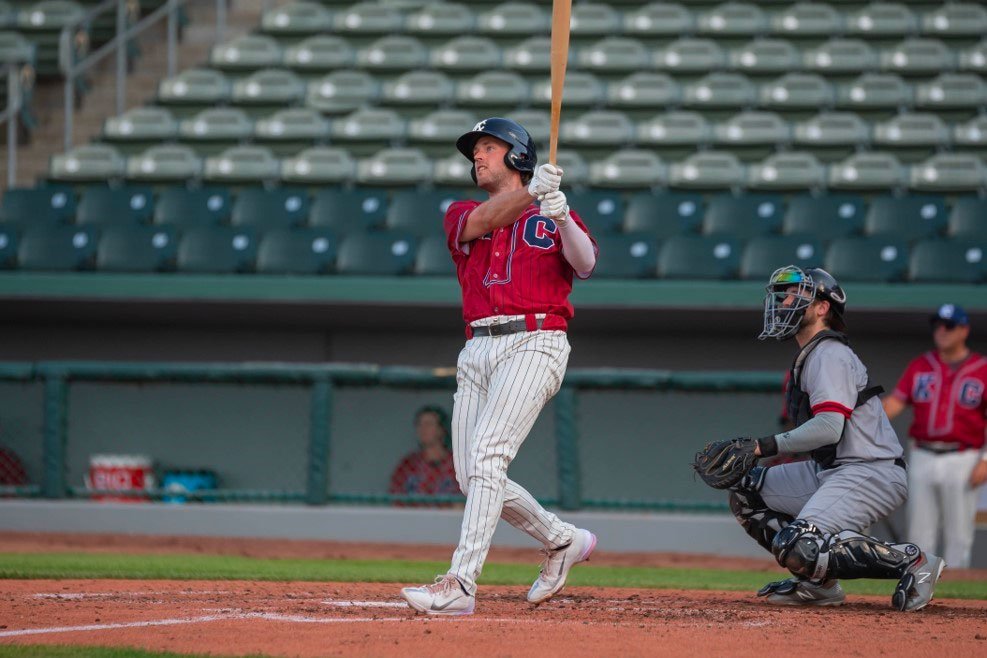 Gillaspie was not the only one with a two-run home run in the third as Colin Willis landed another one in left field, extending the lead to four at 6-2.

Both teams were quiet through the fifth until Darnell Sweeney’s sacrifice-fly earned the Monarchs another run, making it 7-2 going into the seventh and final inning.

The Explorers were not ready to end the game with two outs and a 3-2 pitch count in the top of the seventh when Jose Sermo knocked a three-run home run off the foul pole in right field, bringing the Monarchs lead down to 7-5. Jameson McGrane was able to get the final out of the inning to preserve the win for Kansas City.

The Sioux City Explorers (43-40) kicked up the heat in game two with two solo home runs by Jose Sermo and Lane Milligan in the top of the first off Monarchs starter Jake Matthys.

Blake Tiberi then tripled in the top of the second and scored after Chase Harris doubled for the Explorers, putting them in the lead over the Kansas City Monarchs early 3-0.

Jake Matthys left the ball game with one out in the second after meeting with trainer Jared Bashaw and pithing coach Mike Henneman on the mound. Elroy Urbina was brought in to replaced Jake Matthys (7-3), who was charged with the loss. Matthys allowed four hits, three earned runs and had four strikeouts.

Sioux City tacked on five more runs in the top of the third off Urbina, bringing the X’s ahead 8-0.

The Monarchs struck back in the bottom of the third after Colin Willis and Charcer Burks singled, Daniel Wasinger hit a three run home run to cut the lead to 8-3. The Monarchs loaded the bases after a single from Morgan McCullough and back-to-back errors by the X’s.  Gabby Guerrero cracked a single to center and brought Morgan McCullough and Ryan Grotjohn home cutting into the Explorers’ lead 8-5.

Jeremy Rhoades took over the mound in the fourth inning and pitched for 2.2 innings, allowed three hits, and recorded two strikeouts.

In the home half of the sixth, Colin Willis hit his second two-run home run of the night, scoring himself and Ibandel Isabel and making it a one-run game 8-7. Charcer Burks kept the bottom of the sixth offense going with a single and was followed by Wasinger who drew a walk.  Kevin Santa stepped in to be a pinch runner for Wasinger and a wild pitch from reliever Nate Gercken moved the runners to second and third.  Ryan Grotjohn then was hit by a pitch to load the bases. Sioux City brought in right-handed reliever Brandon Brosher, who would get the final two outs of the inning to keep it a one run game.

Right-hander Dalbert Siri replaced Rhoades to close out the game in the top of the seventh for Kansas City. Blake Tiberi struck with a home run right on the T-Mobile Home Run Hill to provide a big insurance run and give the X’s a 9-7 going into the last call inning.  For Tiberi, his homer completed a cycle at the plate for the X’s.

In a last-ditch effort to get a win, Idanbel Isabel hit a single to right-center, Colin Willis followed with a single, and Isabel ran all the way to third. However, Charcer Burks bounced in a double play to end the game.

The Monarchs will finish their series against the Explorers Thursday night with the first pitch is set for 7:00 p.m. The game can be heard on the Monarchs Broadcast Network with the pre-game beginning at 6:30 p.m. and the video stream airing on aabaseball.tv.