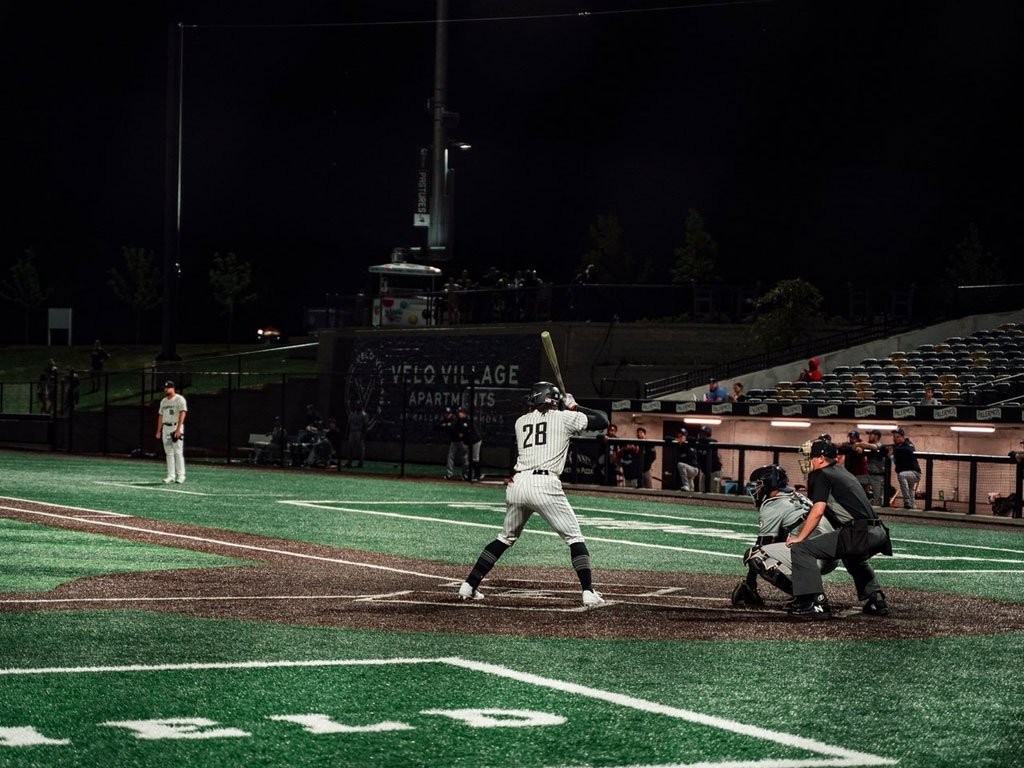 MILWAUKEE, WI —Kansas City (18-12) has not lost a series against a North Division opponent all year, and they tried to keep that streak alive against the Milwaukee Milkmen (20-12) in game three of their four-game series Wednesday night.

The Monarchs got things going right away in the top of the first inning; it only took 10 pitches for them to strike first. Darnell Sweeney worked an eight-pitch walk in the game’s lead-off at-bat. Two pitches later, it was spark plug Ryan Grotjohn who drove Sweeney in after driving one to deep center field for a triple. Kansas City finished the inning up 2-0.

As the game went on, things did not get any easier for Milwaukee’s ace. Smith was able to keep the Monarchs off the bases in both the second and third innings, but the offense came alive again in the fourth when Colin Willis clubbed his fifth homer of the season. Charcer Burks had a front row-view of his teammate’s homer from third base after tripling at-bat before.

The defending league champions did not go away without a fight, though. They responded with their first run in the bottom half of the fourth. The Milkmen ended their drought after a lead-off home run from Christian Correa, making the score 4-1. Matthys settled in on the mound after that and retired the next three batters to finish the inning.

Kansas City hit another long shot into the trees beyond the outfield fence. This time around, it was Casey Gillaspie. The first baseman has homered in all of the last three series. The Monarchs continued their success at the plate in the sixth when they tallied three hits, three walks, and three runs. The Milkmen would one-up the Monarchs in the bottom of the inning, scoring four runs off of two home runs by Brett Walker II and Christ Conley (9-5).

The Monarchs grew familiar with timely hitting as the game progressed. Gabby Guerrero delivered one in the seventh with the bases loaded. His single right back up the middle would bring in Sweeney and Olmeda (11-5).

Matthys exited the game in seventh, handing the ball over to lefty reliever Elroy Urbina. The reliever held the Milkmen right where they stood. Urbina faced five batters, walking one, striking out one, and only allowing one hit. Fellow lefty Eric Cha was next out of the bullpen for the Monarchs, and he followed suit. The middle infield turned a double-play behind Cha, and then he retired Anibal Sierra– a former Monarch– to end the inning. Ramsey Romano came into the game to finish it off, going three up, three down.

The series finale will take place tomorrow evening with the first pitch set for 6:35 p.m. in Milwaukee at Franklin Field. The game can be heard on the Monarchs Broadcast Network with the pre-game beginning at 6:10 p.m. and the video stream airing on aabaseball.tv.