MONARCHS START SLOW, NOT ENOUGH TO SWEEP THE SERIES

The Kane County Cougars started the game off quickly, putting a run up on the board in the first inning on a sacrifice fly RBI from Mark Karaviotis and adding another run off the bat of Jefferey Baez on a fourth inning sac fly to take a 2-0 lead.

The Monarchs didn’t respond right away, as they were unable to produce a base hit until the bottom of the fourth with a single from Colin Willis. 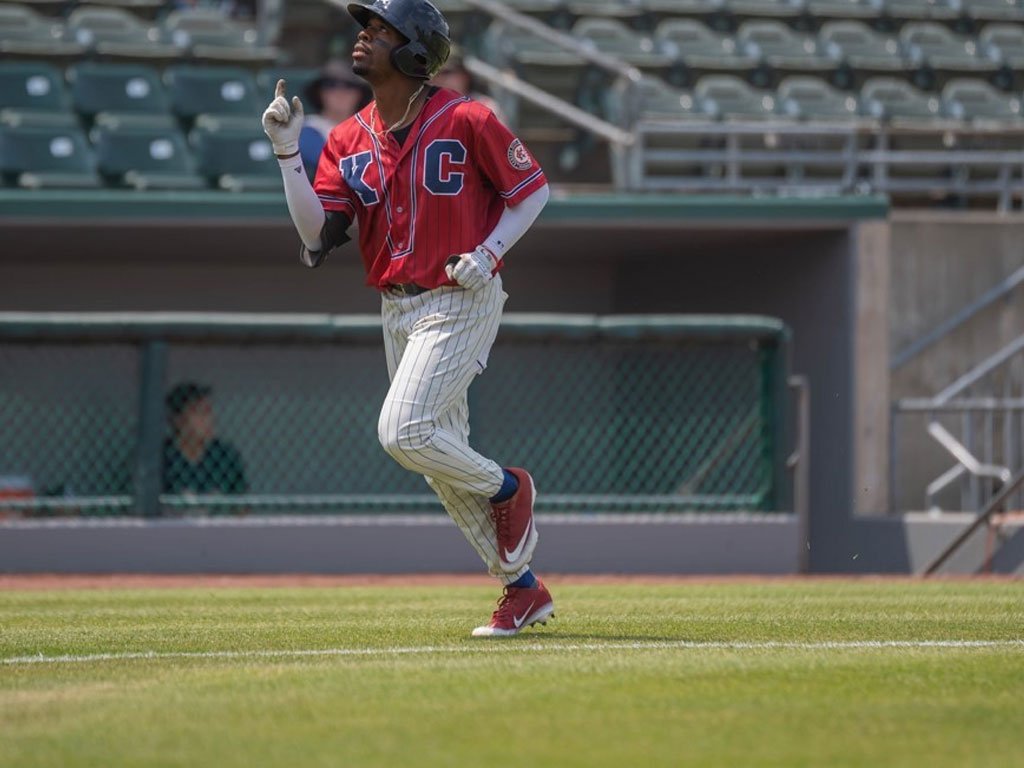 Darnell Sweeney put Kansas City on the board in the fifth inning with a home run to right field, his seventh of the season, cutting the lead to 2-1.

Right-handed pitcher Brian Ellington came in with bases loaded in the eighth and managed to walk away from the mound with no damage done, the score still 2-1.

Willis came back in the bottom of the eighth with an RBI Single, bringing in Gaby Guerrero and tying the game at 2-2.

However, a two-out triple from Mark Karaviotis off Ellington in the top of the ninth was enough for the Cougars to break the tie and win the game 3-2.

Kanas City got a strong outing from Jose Taveras who tossed six innings, scattering seven hits and giving up two earned runs in a no decision.

Kansas City will be off Monday before embarking on a six-game road trip beginning Tuesday night at Lincoln. First pitch is set for 7:00 p.m. and the game can be heard on the Monarchs Broadcast Network with the pre-game beginning at 6:35 p.m. and the video stream airing on aabaseball.tv.