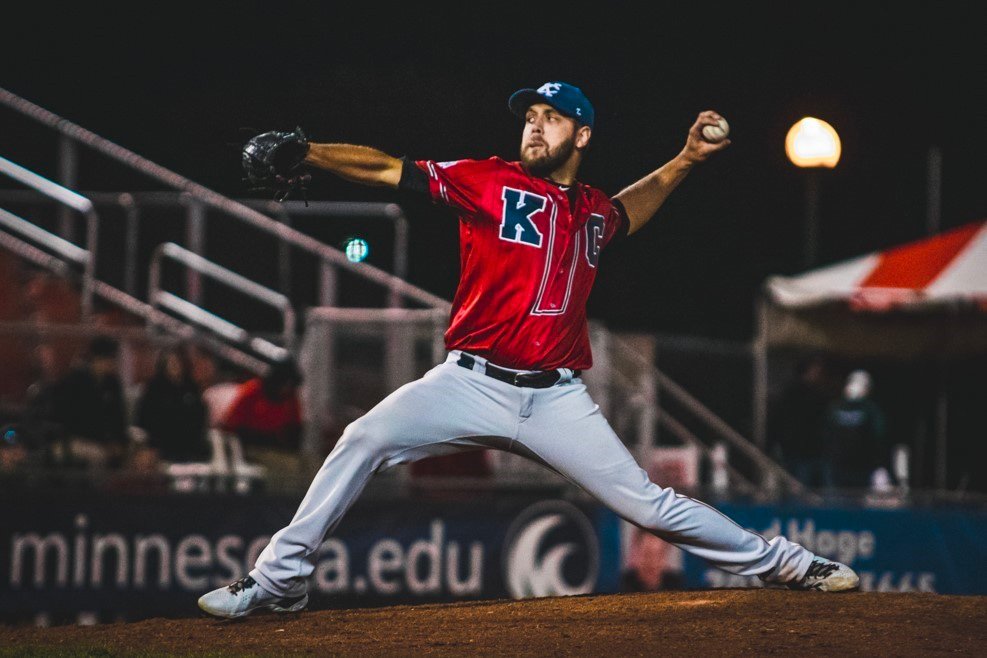 FARGO, N.D. – The Kansas City Monarchs did not know 24 hours ago who they would face in the American Association Finals Friday night. That short notice did not hurt the Monarchs as they won game one 8-4 away at Newman Outdoor Field against the Fargo-Moorhead RedHawks.

The scoring started early as Ryan Grotjohn shot a two-run home run, bringing in Morgan McCullough who reached first base on a walk. Darnell Sweeney then launched a solo home run, giving the Monarchs their third run of the inning. The Monarchs have scored in the first inning of their previous three playoff games this post season.

The RedHawks grabbed two runs, courtesy of Leobaldo Pina and Dylan Kelly, cutting into the Monarchs lead 3-2 and an RBI single and a fielder’s choice.

The second and third innings were scoreless for the Monarchs, but a double from Dylan Kelly brought in his second and third RBI of the night, and the RedHawks took the lead for the first time, 4-3, heading into the fourth. It was the first post-season deficit KC had faced this season. 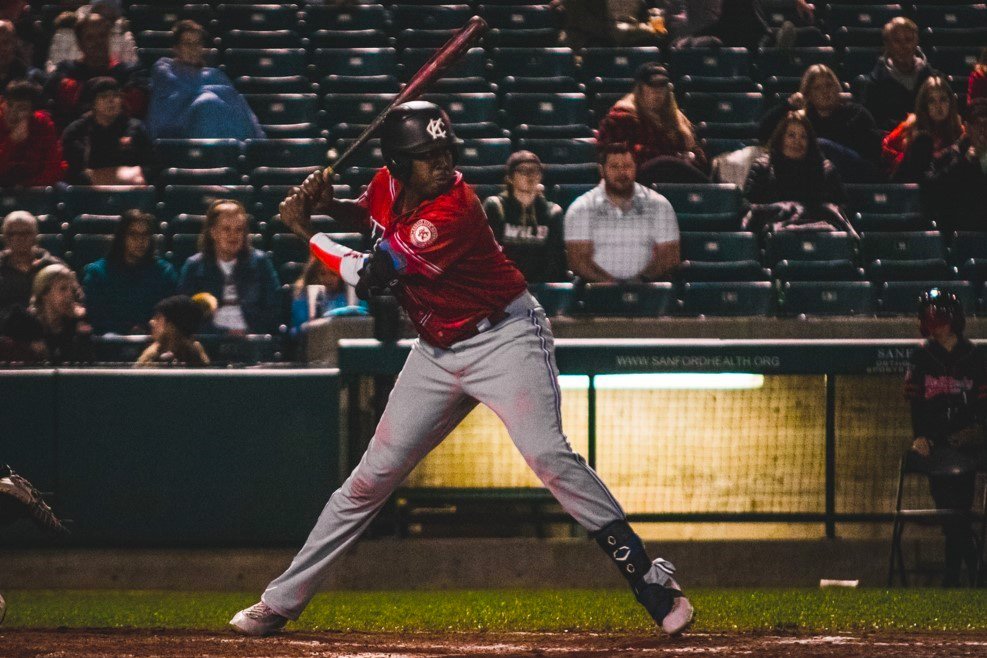 The fifth was another multi-run inning for the Monarchs with an RBI double from Colin Willis and an RBI single from Casey Gillaspie, who scored a run off another wild pitch, taking back the lead, 6-4.

The Monarchs produced back-to-back scoring innings as Grotjohn ran in off a wild pitch before a sacrifice fly from Gillaspie brought the score to 8-4 going into the seventh.

Game two of the Championship series will continue tomorrow night in Fargo starting at 6:30 p.m. The game can be heard on the Monarchs Broadcast Network  with the pregame beginning at 6:00 p.m. and the video stream airing on aabaseball.tv. The Monarchs are set to host games three through five (if necessary) Monday September 20, 21 and 22.

HINRICHS NAMED EXECUTIVE OF THE YEAR

MONARCHS FIGHT OFF REDHAWKS IN THRILLER
Scroll to top