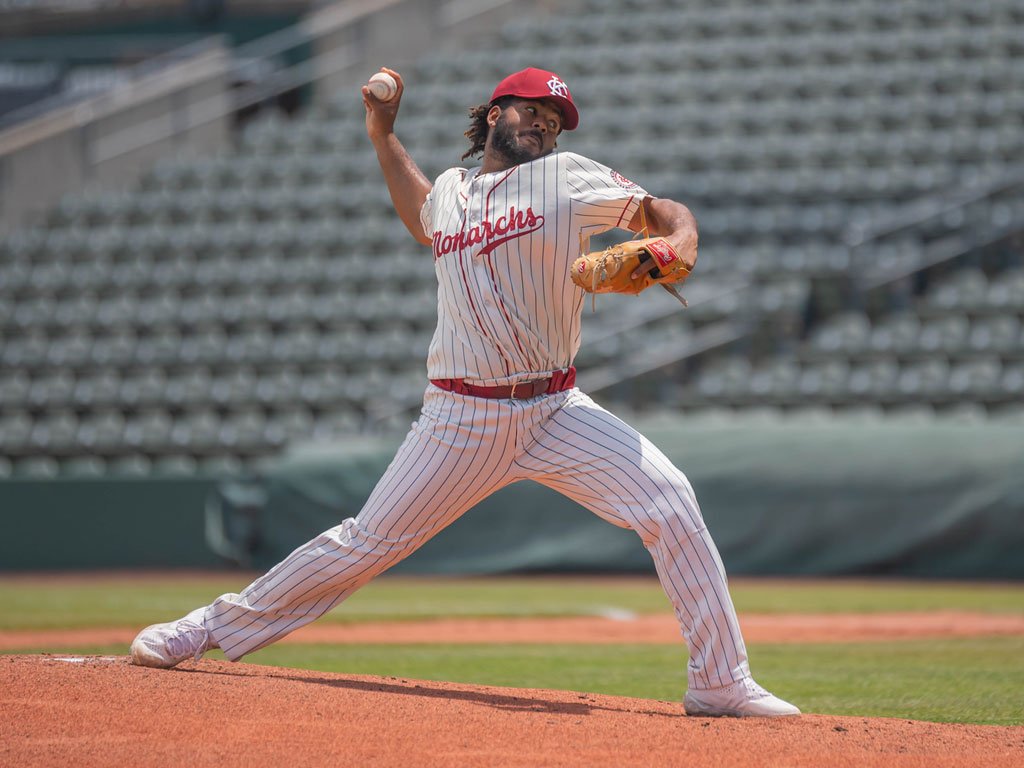 KANSAS CITY, Kan— The Kansas City Monarchs made a flurry of moves on the first day of July. Starting with the pitching rotation, the Monarchs transferred the contract of RHP Gregori Vasquez to the Baltimore Orioles’ organization. Vasquez, 23, made three starts for Kansas City

— posting a 5.00 ERA in 18 innings with 13 strikeouts. The Monarchs acquired Vasquez from Gary SouthShore in a trade on June 13 for cash. Vasquez is the eighth Monarchs pitcher to join a major league organization this season.

Kansas City also cut ties with another arm from its bullpen. RHP Dylan Davis, a former

two-way player at Oregon State, was released two days after being placed on the inactive list. Davis appeared in four games for Kansas City and allowed 10 runs on 10 hits in seven innings. The right-hander hadn’t pitched since June 12.

The final move came with a position player — C Daniel Wasinger. The Monarchs placed the 25-year-old on the inactive list — leaving Alexis Olmeda and Morgan McCullough as the only two catchers on the roster. Wasinger, who hasn’t played since June 6, was slashing

The Monarchs will take on Sioux Falls in a doubleheader Thursday night. First pitch for Game 1 is slated for 5:00 p.m. The gates will open at 4:00 p.m. Wednesday afternoon at Legends Field in KCK. The games can be heard on the Monarchs Broadcast Network with the pre-game beginning at 4:35 p.m. and the video stream airing on aabaseball.tv. The games are also the American Association Game of the Week and will air on Facebook. In addition, the second game can be heard locally on ESPN 1510 Kansas City.