KANSAS CITY, Kan. — Kansas City (33-18) won game one of their three-game series against Kane County (26-28) 3-1. Right-hander Justin Shafer dominated in his five innings pitched by only giving up one hit. The Monarchs offense struggled early by only recording two hits in the first six innings, but Colin Willis came up huge with a clutch double driving in two runs in the seventh.

Shafer got things going early by striking out back-to-back batters in the first inning. In the second inning he gave up a single to Josh Rolette of the Cougars. An error on a wild throw by shortstop Morgan McCullough advanced Rolette all the way to third base. Kane County capitalized and drove in a run, putting them up 1-0.

Shafer would go on to strike out two more batters and continue to dominate the game. He finished his performance going five innings, giving up one hit, one run, and three walks while striking out four.

Through six innings, the Monarchs recorded only two hits. McCullough doubled in the third inning bringing his hitting streak up to nine games. Gabby Guerrero would also single in the fourth.

Right-hander Ryan Newell (1-0) entered the game in the sixth inning for the Monarchs. He started off hot with back-to-back strikeouts.

Kane County starter Josh Tols gave the Monarchs trouble all game. He struck out six batters in a row through the fifth and sixth innings. 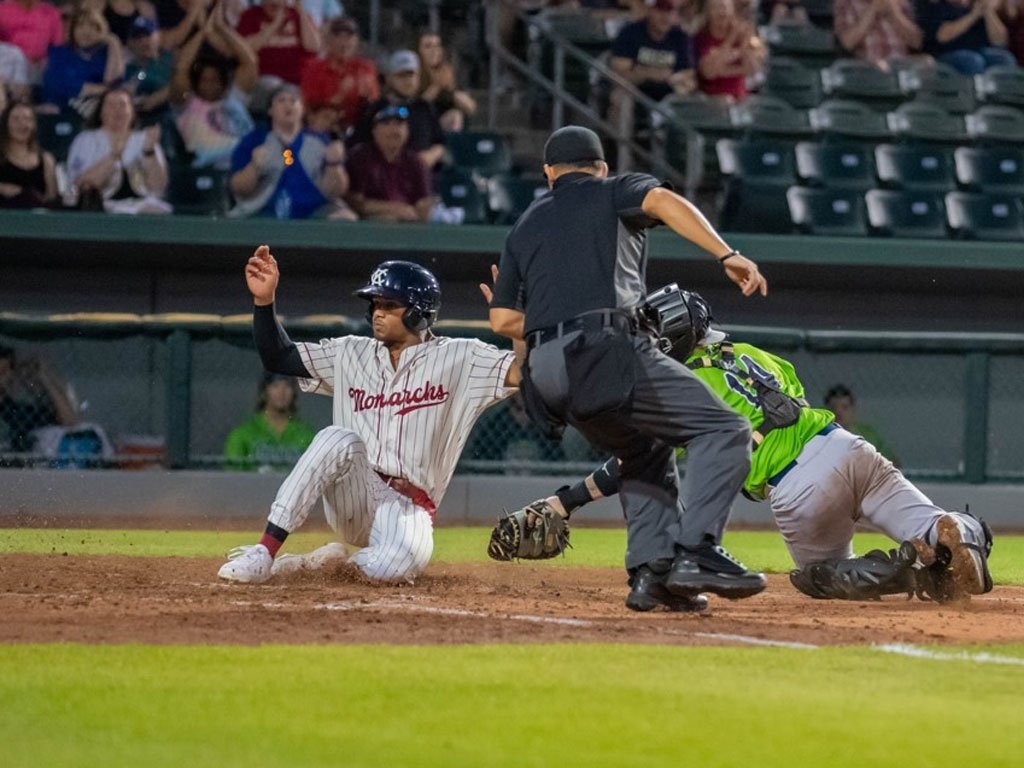 Charcer Burks slides in ahead of the tag of BJ Lopez to tag the lead. Photo credit John Ellis Kansas City Monarchs

The Monarchs finally got things going on offense in the seventh inning. Guerrero started off the inning with a single, followed by a walk from Charcer Burks. With runners at first and second, Colin Willis came up to the plate and drove in both runners to give the Monarchs the lead 2-1.

Newell went two and a third innings, giving up one hit and struck out three batters.

Jan Hernandez launched a solo home run in the eighth inning to add to the Monarchs lead, making it a 3-1 game. 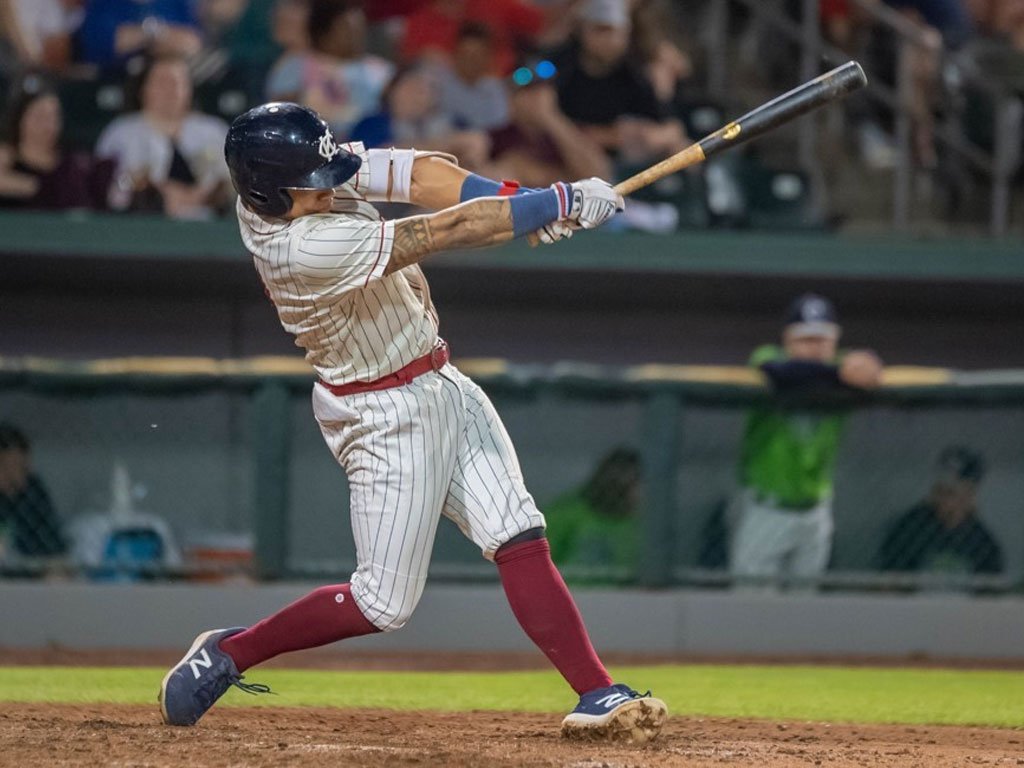 Left-hander Carlos Diaz entered the game in the ninth inning, earning the save. His 11th save of the season gives him 33 which ties the franchise record. The Monarchs won 3-1 and have now won six in a row.

Kansas City will take on Kane County in game two of their home series on Saturday night at Legends Field. First pitch is set for 7:00 p.m. with the gates opening at 5:00 p.m.  The game can be heard on the Monarchs Broadcast Network with the pre-game beginning at 6:35 p.m. and the video stream airing on aabaseball.tv.

HOUSTON, WE HAVE A PROBLEM: RAIN

TRAVIESO AND BIG BLASTS CAGE THE COUGARS
Scroll to top