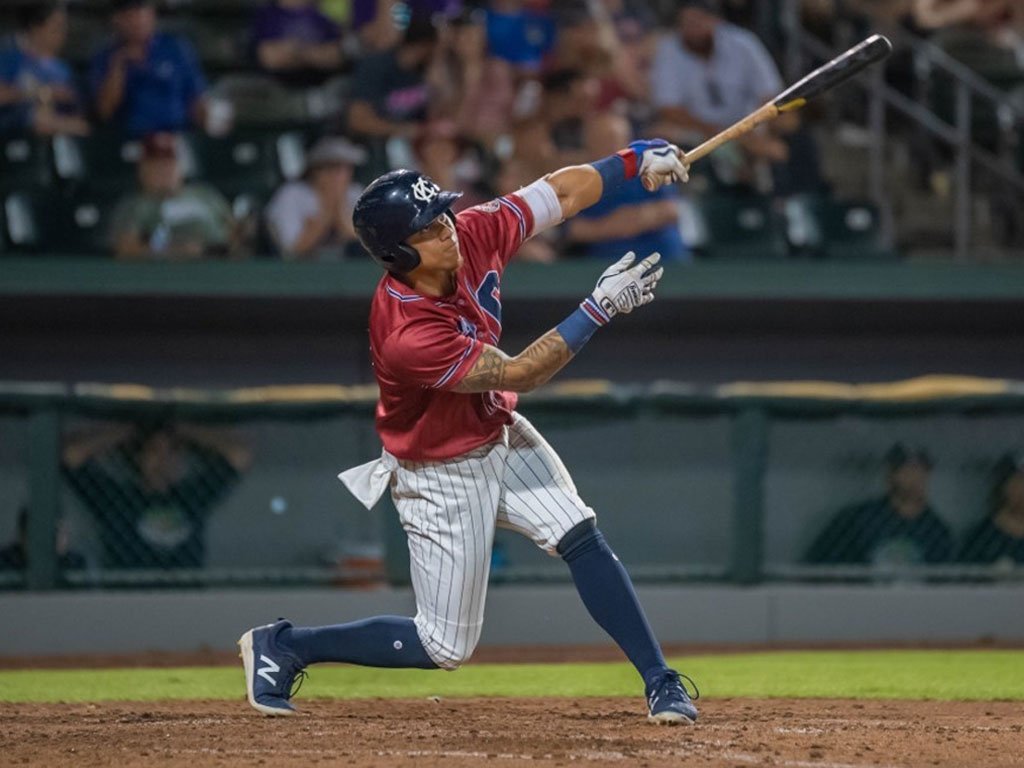 Kansas City, Kan. — After tearing up American Association pitching for the better part of two months, OF Jan Hernandez had his contract transferred to the Cincinnati Reds’ organization on Sunday. In 55 games, Hernandez slashed .318/.399/.654 and led the Monarchs in home runs (19) and RBIs (66). Going into his final game with the Monarchs, Hernandez was tied for second in RBI and tied for third in home runs, in the American Association.

“We’re very excited for Jan and the opportunity,” manager Joe Calfapietra said on Sunday’s edition of the Top Step on the Monarchs Broadcast Network. “Like you mentioned, it’s well-deserved. He’s been playing really good for us. It’s great when guys get opportunities when they’re succeeding.”

Hernandez, 26, is expected to join the Reds’ system today — making him the 21st Monarchs player this season to move on to a Major League organization. He’s the 10th player to have his contract transferred during the season.

“They’re always fun moments when you’re able to let the players know their dreams of coming here are fulfilled and now they have to continue with an organization,” Calfapietra said. “They have an opportunity now to reach their ultimate goal — to get back to the big leagues or get to the big leagues. That’s what [Hernandez] is striving for now.”

The Monarchs haven’t announced a corresponding move for the roster.

“My time with the Monarchs was incredible,” Hernandez said in a statement. “It’s definitely an opportunity that I will treasure and remember forever. This team is a family; you feel the love and support since the very first day, and every time you step into the clubhouse, it feels like home. The fans in Legends Field are awesome; they really make everything even more exciting. I really want to say thank you to everybody in the staff; you all helped me become a better person and player.”

Kansas City will be home for an eight-game homestand that begins on Monday night against the Houston Apollos. The first pitch tonight is set for 7:00 p.m. and the game can be heard on the Monarchs Broadcast Network with the pre-game beginning at 6:30 p.m. and the video stream airing on aabaseball.tv.

KANSAS CITY CLOSES OUT THE SERIES WITH A WIN