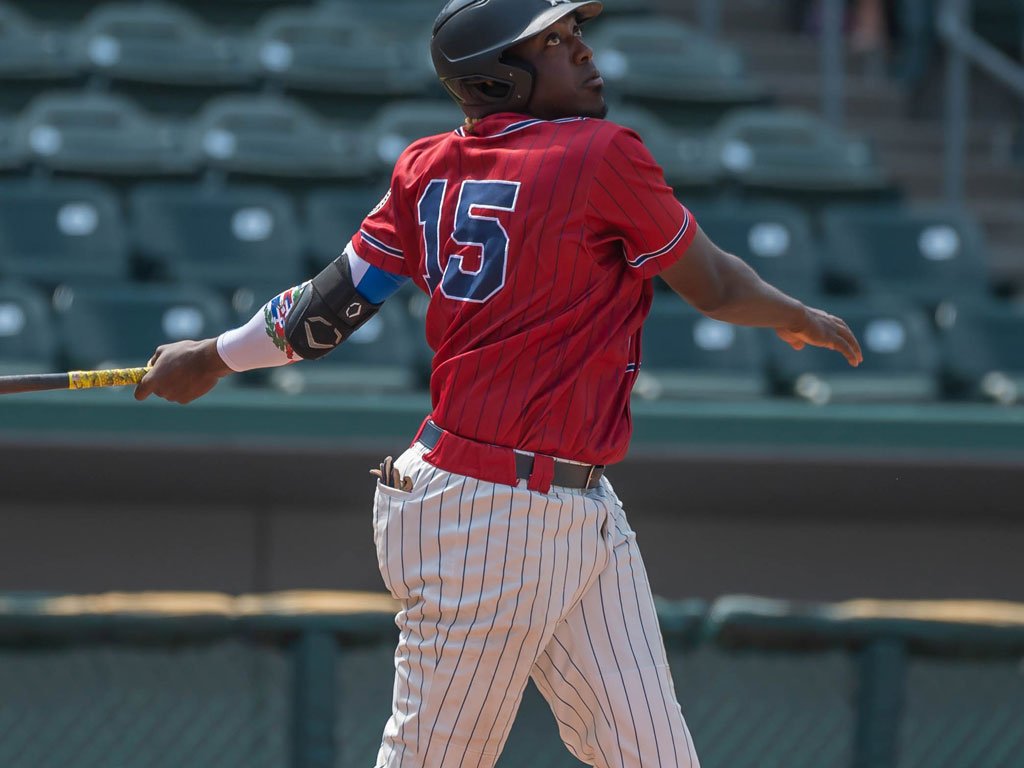 Jackson, TN- A back-and-forth game ended in the bottom of the ninth when Kyle Martin launched a two-run home run to cap a wild night in Tennessee, as the Kansas City Monarchs (36-22) fell to the Winnipeg Goldeyes (30-30) by a 9-6 final.

The Monarchs got on the board in the top of the first inning. Darnell Sweeney would double and come home on an RBI single from Gabby Guerrero.

Kansas City had the opportunity to put more runs on the board in the third inning with bases loaded and no outs, but nobody crossed home as the score remained 1-0 going into the bottom of the third. The Monarchs would leave a season high 13 runners stranded on the night.

Winnipeg finally saw players on base in the bottom of the sixth. With no outs and Tyler Hill and Jay Gonzalez on first and second, Max Murphy put an RBI double out into center field, giving Winnipeg a 2-1 lead. The Goldeyes added another run in the inning as Raul Navarro produced an RBI single, bringing in Murphy to add to the lead, 3-1.

The Monarchs saw a familiar scenario with bases loaded again at the top of the seventh.

Casey Gillaspie hit a ball to the left side of the infield that that would have ended the inning but a wide throw at second by third sacker Raul Navarro scored Morgan McCullough and Ryan Grotjohn to tie the game at three on the error.

Colin Willis drew a walk to load the bases off Goldeye reliever Travis Seabrooke. The right-hander would then walk Charcer Burks and Will Kengor to score two more runs and give KC the 5-3 lead.

Kansas City did not keep the lead for long as Winnipeg also saw a bases-loaded scenario in the bottom of the seventh. Wes Darvill led off with a home run off Ryan Newell. Newell then walked Kevin Lachance who moved to second on an sac bunt from Austin Rei. Dalbert Siri then entered the game for the Monarchs and he would walk Tyler Hill to put runners at first and second. Then Max Murphy drove in one run with a single to right to tie the game at five. Kyle Martin hit a fielders choice to first scoring the runner from third to give the Goldeyes the lead 6-5.

In the top of the ninth and with two outs and Gillaspie at third and Kengor at first, Daniel Wasinger hit an RBI single to center field, bringing in Gillaspie and tying the game back up at 6-6.

With two outs and two men on base, a home run from Martin dashed Kansas City’s hopes of going into extra innings, and Winnipeg took the second game of the series 9-6.

Kansas City will wrap up the road trip with the final game against the Winnipeg Goldeyes in Jackson on Sunday afternoon before returning to Kansas City to host the Houston Apollos on Monday. The first pitch is set for 1:00 p.m. and the game can be heard on the Monarchs Broadcast Network with the pre-game beginning at 12:30 p.m. and the video stream airing on aabaseball.tv.