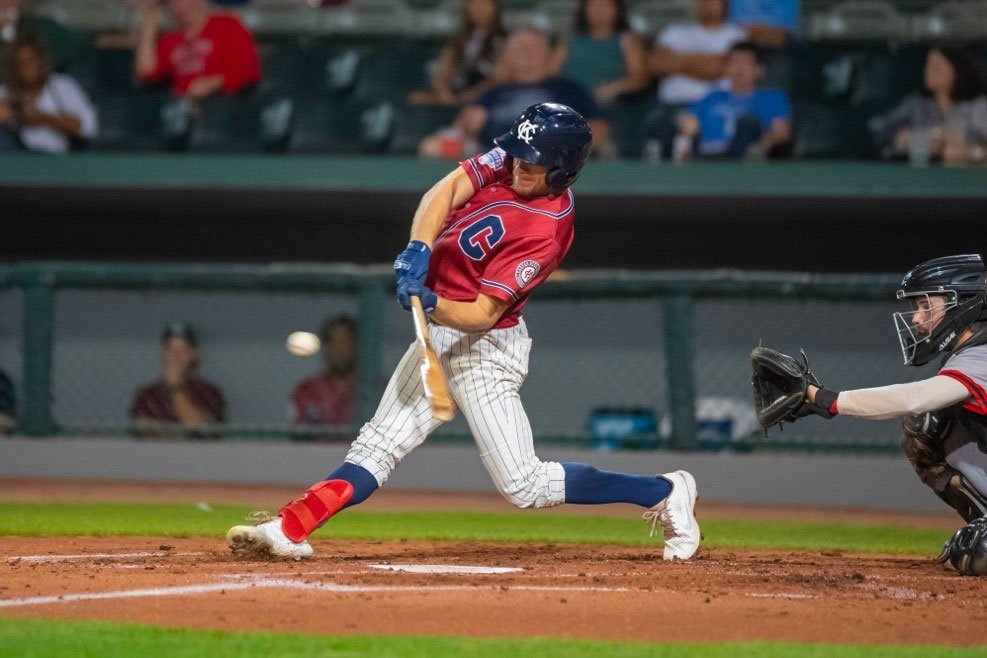 KANSAS CITY, Kan. — After blasting the Sioux City Explorers on Friday night, the Kansas City Monarchs followed up with a convincing win in Game 2, 11-6. With the victory, Kansas City needs just one more win to advance to the American Association Championship series.

Much like last night’s game, the Monarchs’ offense got started early. Gaby Guerrero, who had four hits on Friday, ripped an RBI-triple to make it 1-0 in the bottom of the first. Sioux City (0-2) managed to tie it back up with a run earned off Keyvius Sampson in the top of the second, but Kansas City rallied with four more runs in the bottom half. Two of those runs came on a Colin Willis homer out to T-Mobile home run hill in right field.

Taking a 5-1 lead, Sampson settled in. The right-hander worked through the first four  innings and allowed just one run. However, former Monarch Nick Franklin punished Sampson in the fifth when he rocketed a three-run home run to make it a 6-4 ballgame. 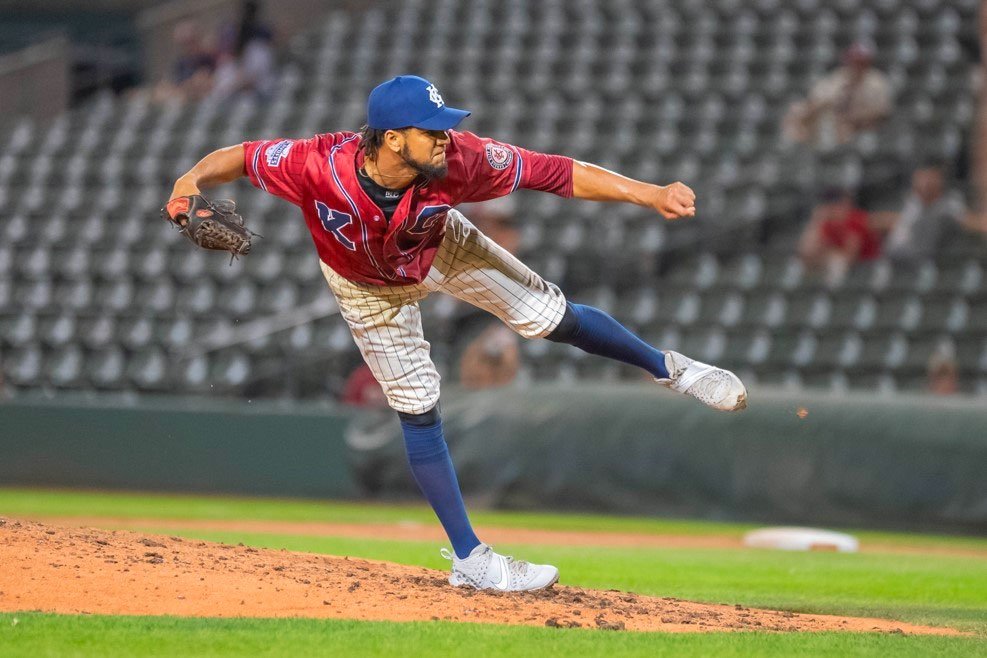 One of the biggest moments of the game came with Carlos Diaz on the mound in the  top of the sixth. Clinging to a two-run lead, Diaz loaded the bases with nobody out. Fortunately for the Monarchs (2-0), the hard-throwing lefty struck out the side to neutralize the threat. In the home half of the frame, Willis came through again with his power and smacked a grand slam — putting the game out of reach.

Despite some runs off the bullpen late, Kansas City maintained their lead and picked up the second win, 11-6, in the best-of-five series.

The Monarchs have an off day tomorrow before continuing the series at Sioux City on  Monday. First pitch is set for 7:05 p.m. The game can be heard on the Monarchs Broadcast Network with the pre-game beginning at 6:35 p.m. and the video stream airing on aabaseball.tv.