WILLIS STUNS THE EXPLORERS AS THE MONARCHS WIN 12-3 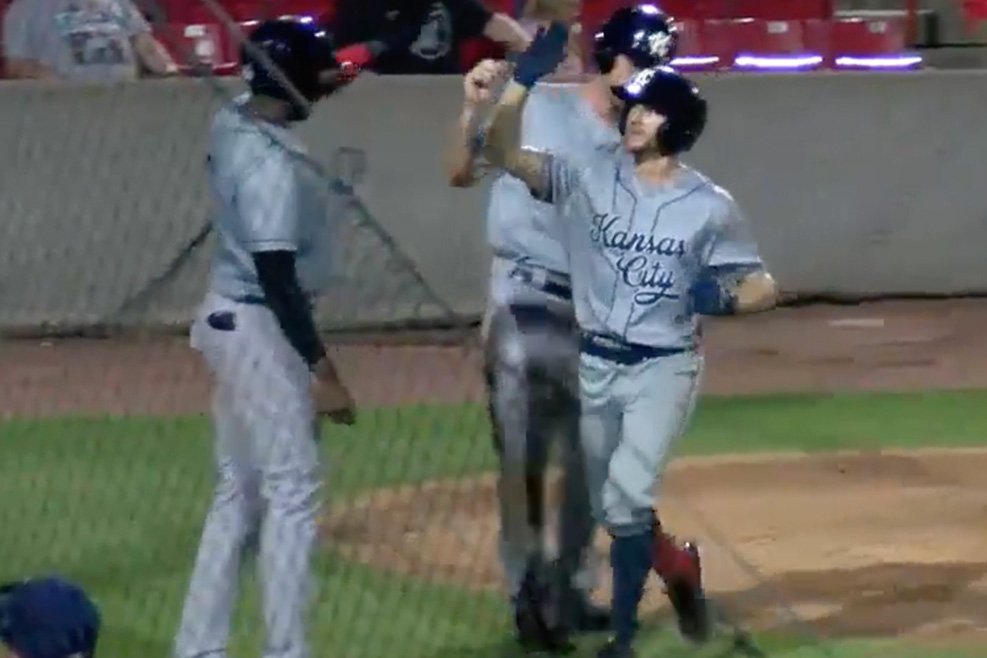 Sioux City struck first in the bottom of the second, but their lead didn’t last long. The Monarchs started building their lead in the top of the third, starting with a walk by Morgan McCullough then a home run by Charcer Burks would give KC a 2-0 lead.

In the top of the fourth, Kansas City kept the momentum going with Casey Gillaspie singling to the shortstop to kick off the action. Colin Willis then hit a single to right field, scoring Gillaspie and putting the Monarchs up 3-1. Will Kengor then pulled out a double and scored after advancing to third, thanks to a wild pitch and a double to center by Alexis Olmeda, and the Monarchs extended their lead 4-1.

The Explorers fought back, however, and put a run on the board, cutting into the Kansas City lead to 4-2 after four innings.

But the Monarchs towered over Sioux City in the fifth inning, scoring a whopping five runs. The fun started with a double to center by Charcer Burks. Darnell Sweeney followed with a single, advancing Burks to third. Then, a wild pitch moved Sweeney to second and a single by Gaby Guerrero followed. Gillaspie sealed the deal walking to first and scoring Burks.

Ibandel Isabel extended the Kansas City lead with a single to center field, scoring Sweeney and Guerrero. Isabel and Gillaspie advanced bases off of two wild pitches, then a single by Colin Willis scored Gillaspie and Isabel, bringing the score to 9-2 KC.

The Explorers failed to come up with an answer to the Monarchs’ bats. In the seventh inning, Gillaspie walked to first, and Isabel was hit by a pitch, putting both of them on base. Colin Willis turned up the heat with a massive home run, putting three more runs on the board, extending the commanding lead over the Explorers to 12-2.

Keyvius Sampson (2-0) tossed a quality start going six innings holding the Explorers to three hits and just two runs. The right-hander has won his last two starts with 14 strike outs in 11 innings. Newcomer Jeremy Rhoades, true rookie Gunnar Groen and lefty Jacob Lindgren combined to work three innings in relief allowing one run to close out the game for the Monarchs. The loss went to X’s starter Brett Adcock (3-8), who charged with eight earned runs on nine hits in four innings on the mound.

The Monarchs will meet the Explorers again tomorrow night at 5:00 p.m. for a doubleheader. The game can be heard on the Monarchs Broadcast Network with the pre-game beginning at 4:30 p.m. and the video stream airing on aabaseball.tv.