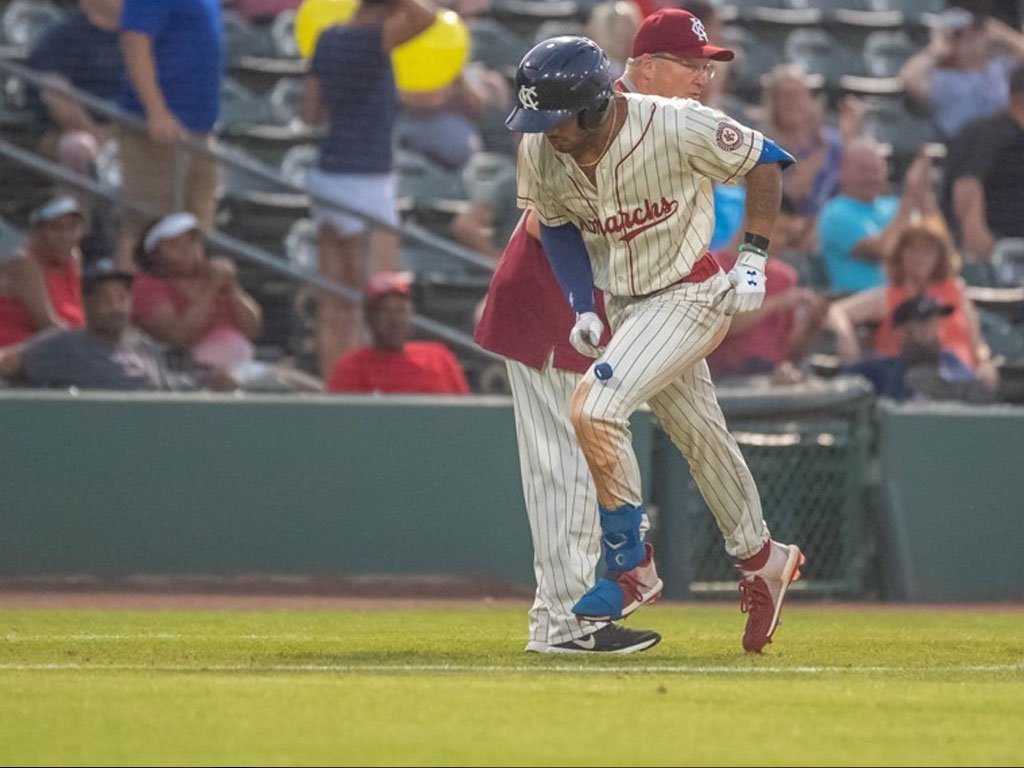 Kansas City, Kan. — The Monarchs remained undefeated against the Houston Apollos after defeating their divisional foe 6-2 on Tuesday night. It was Kansas City’s sixth win over Houston this season.

Following an outing in which he surrendered four runs in five innings, Jake Matthys toed the slab in search of his first quality start since July 9th. Through the first two innings, the right-hander danced around some trouble and kept the Apollos’ offense scoreless.

In the bottom of the second, Kansas City (39-22) opened up the scoring. Charcer Burks,  who led off the inning with a walk, came down to score on a passed ball. A few batters later, Darnell Sweeney drove in his 38th run of the year to make it 2-0.

Matthys, however, struggled to miss bats in the third. In the top half of the frame, Houston (8-53) tagged Matthys for a run on four singles. Fortunately for the Monarchs, the righty limited the damage to one run. In the bottom of the inning, Will Kengor knocked an RBI-single up the middle to extend the lead to 3-1. The run driven in gave him eight in the last two days.

Despite allowing 10 hits, Matthys worked through six innings of two-run ball and struck out six. The quality start was the first from Monarchs’ pitching at home since July 18th against Kane County (Jose Taveras).

Kansas City’s sixth run of the night came off the bat of Gabby Guerrero, who poked an  RBI-single and padded the lead back up to three runs. One inning later, the Monarchs’ new lead-off man Morgan McCullough smacked another RBI-single to center field to make it 6-2.

In the final three innings, Dalbert Siri, Brock Gilliam, and Brian Ellington combined to shut down the Apollos. Tomorrow, the Monarchs will take part in a split double header. Game 1 is set for 12:00 p.m. and Game 2 is scheduled for 5:00 p.m.  Both games will air on the Monarchs Broadcast Network with the pre-game beginning at 11:35 a.m. in Game 1 and 4:35 p.m. for Game 2, while the video stream will air on aabaseball.tv at first pitch. Gate will open for Game 1 at 11:00 a.m. and Game 2 at 4:35 p.m.